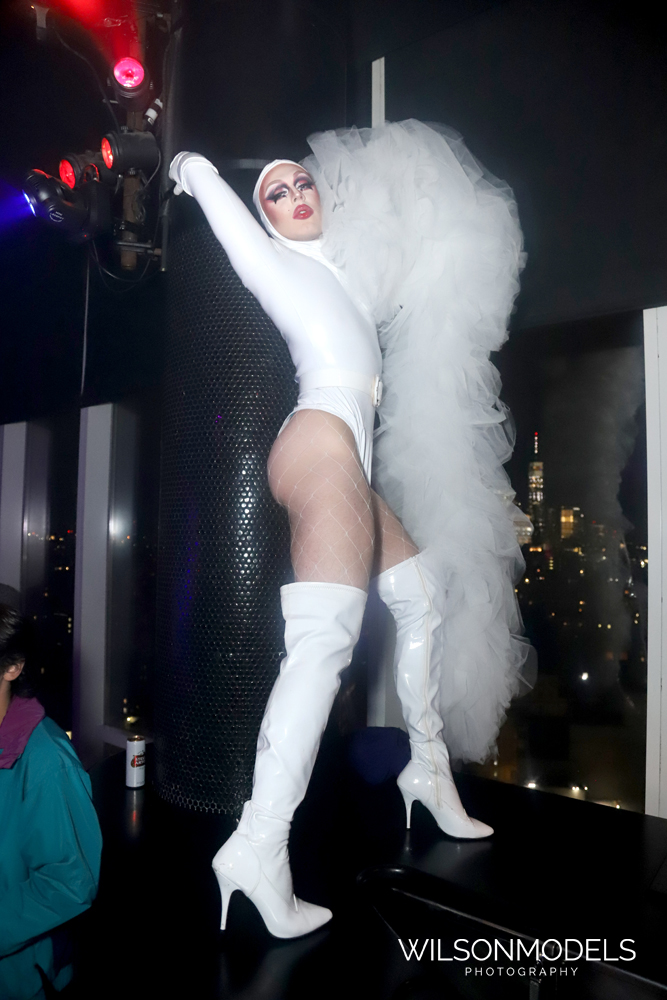 Photo of CT Hedden by Wilsonmodels

The hilarious Jackie Hoffman was on Broadway in Hairspray (in multiple roles) before she became a noted TV character actor, a fact that caused her tsuris on Tony night. As Jackie posted on Instagram, “I just saw a picture of [Hairspray co-conspirators] Kerry Butler, Mathew Morrison, and Marc Shaiman on the Tony Awards red carpet while I’m drinking booze with bugs in it.”

But Jackie would be perfect to play 1920s singer/comic Fanny Brice’s mother in the upcoming revival of Funny Girl starring Beanie Feldstein, right? Well….as Jackie also posted, “So the director of the new Funny Girl saw me play Yente in Yiddish Fiddler and didn’t cast me as the Jewish mother or nosy neighbor.” Oy. Who did he cast? Well, the part might very well go to Rosie O’Donnell, who, in 2018, told me she was doing the show. But I’m hearing they want Jane Lynch for the part, with Ramin Karimloo (from Broadway’s Les Miz revival and Anastasia) a distinct possibility as Nicky Arnstein. As for any more information right now…just sit and putter!

An ill-fated movie of a smash Broadway musical, Dear Evan Hansen was trashed by critics who, for one thing, didn’t like the fact that the lead character lies to become more popular. I’d suggest they stay away from Shakespeare plays. In any case, the star, Ben Platt (who won a Tony for the Broadway version), is obviously feeling the burn. His Twitter feed currently flows with a lot of references to his album and tour, but there’s conspicuously no mention whatsoever of Dear Evan Hansen, except for his months-old retweet about the movie premiering at the Toronto International Film Festival. Followers say Ben excised tweets related to the movie after it was greeted like a “Dear Evan Hansen in the headlights.”

A more well-rounded Twitter feed is that of another Tony winner, Patti LuPone, who plays the blistering boozer Joanne in the Company revival that’s returning to Broadway. On October 1, Patti surprisingly tweeted, “Oh, hello, everyone. I have so much to say about the state of the world, but I’m so afraid to say it on Twitter. However, I will say…I’ve never been to Fire Island! Someone give me a house for the weekend (cause I’m in rehearsal weekdays). Go.” The best responses ranged from “Patti LuPines!” to “Don’t go near the bushes” to “Do you not realize you could have bought a share?” But most of the replies involved gays with their tongues out, begging to give the Broadway diva a house. I’d certainly let her stay in my share, just so I can wake her up every morning with ‘Everybody rise!”

But let me share info about a brand new theatrical opportunity. Once Bitten, a musical based on the 1985 Jim Carrey film comedy, had a September 30th reading featuring Broadway favorite Orfeh (Legally Blond, Pretty Woman) as the 400-year-old vampire Countess looking for virgin blood (not easy in L.A.). Also starring are Scott Redmond as Mark (the Jim Carrey role), Sophia Introna as Robin, and Anthony Wayne as Sebastian, the Countess’s best friend and centuries-old sidekick. Marc Erdahi is the director, Jay Falzone wrote the book and lyrics, and the music is by Matt Gumley.

“It’s a true rock score,” Orfeh told me, “and it took the source material to another level. It’s funny and timely and the cast is young and talented across the boards.” As for playing a 400-year-old vamp? “It’s typecasting at its best,” she laughed.

Fans of the timeless ladies of Sex and the City will be twice bitten when the follow-up, And Just Like That, starts airing by the end of the year. And guess who will make an appearance? CT Hedden, a popular NYC drag personality and restaurant manager (Indochine, Gitano). CT has been personally asked by Sarah Jessica Parker to shoot something for the show. And just like that!

What’s more, NYC club entrepreneur/promoter Frankie Sharp says he’s shooting a reality show set behind the scenes at the multi-floor queer club the Q. Can’t wait to get the T on the Q. This project adds to the sense that NYC nightlife has become one of the most documented subjects since World War II. Documentaries in the works right now include films about sex-positive bald rapper/promoter Dean Johnson, the legendary new wave hangout the Mudd Club, drag mouther Lypsinka, and artist Scooter Laforge, with a streaming take on ‘80s clubbing coming as well.

And all of that makes me so busy as a commentator that I, unfortunately, will have to turn down the part of Fanny Brice’s mother.