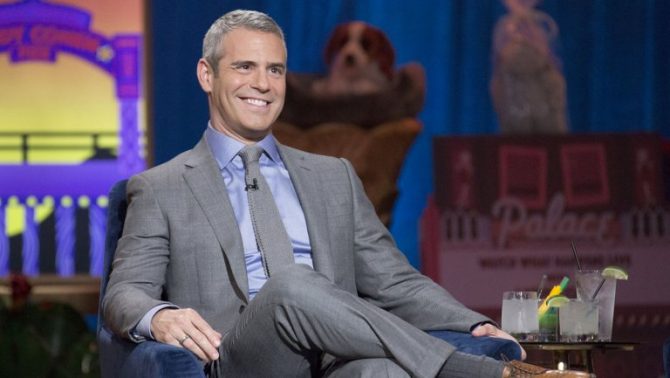 Andy Cohen may be a dad now, but he still likes to get his freak on.

Page Six reports that 50-year-old Bravo exec is back on the dating apps Scruff and Grindr after the birth of his son last month.

“He uses a picture of his chest as his main image and refers to himself as ‘Coach Taylor,’” a source tells the tabloid.

Coach Taylor is a character from the hit show Friday Night Lights. He was played by actor Kyle Chandler.

“He had a secondary black-and-white shot of himself on a yacht,” the source adds, saying he spotted Cohen online this past Friday.

“I saw [his profile] last week and it was active that day.”

Last September, the National Enquirer ran a similar report about Cohen’s dating life, claiming his screen name was “Space Man” and that his profile featured a photo of himself in red swim trunks.

The article also claimed Cohen had a “voracious sexual appetite” with a taste for younger men.

We think it’s great Cohen is still putting himself out there. Taking care of a newborn is stressful and it’s important he finds ways to relieving himself!

Related: Andy Cohen talks poppers, sex, and the challenges of hooking up