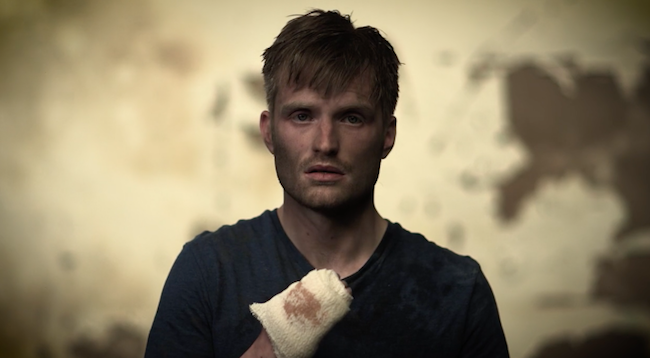 A new short film about the plight of gay men in Chechnya aims to raise awareness about the increasingly dire situation.

Unchechen is just under four minutes, and tells the story of Khamzat, a public servant who was entrapped and interrogated.

“But, like a lot of people, I felt impotent. I wanted to do something immediate and practical to offer solidarity.  I hope this film will get people donating to help some more of these men get to safety.”

“But it’s real.  The men fleeing from it are too terrified to go on camera, and so I wanted to try to fill the silence with something that attempts to make this crisis real and human.

This is an emotional story to connect people to what’s happening and hopefully stimulate a response.”

“Gay men are being treated like animals. They’re rounded up, they’re detained, they’re tortured, a few have been murdered. All of this has been inflicted upon them by the very people sworn to protect them. The world needs to act. We’re calling on the administration and Congress to speak out against these horrific human rights abuses. The stories coming from those lucky enough to survive and make it out are harrowing. We felt that by sharing them we could put this nightmare in perspective for the many people that have only read about it in a newspaper. We partnered with gay Russian men from the Russian-Speaking American LGBT Association because who better to share these accounts than those who have fled similar persecution. Our hope is that this will drive action, our hope is that it will help achieve justice.”