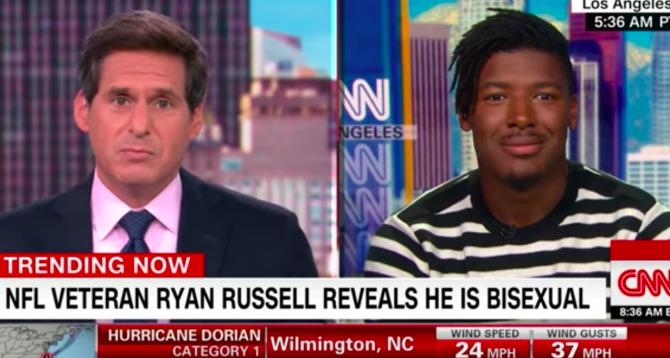 Ryan Russell, a 27-year-old NFL free agent and defensive end who has played with the Dallas Cowboys, the Tampa Bay Buccaneers, and the Buffalo Bills, recently came out as bisexual in a moving essay published by EPSN.

On Friday, he spoke to CNN about his experience of coming out in the NFL and why he believes being open about his sexuality will make him be a better teammate, once he signs with a team.

“If you’re focused on hiding a part of yourself or…anything other than your sport, your opponent and your craft, then you won’t be as effective,” the defensive end said. “You’ll be a step behind, you’ll be a step slower.”

There are no currently out gay or bisexual players in the NFL, making Russell, a three-year veteran with the league, a historic first–excluding Michael Sam‘s short and uninspiring stint that lasted less than one season.