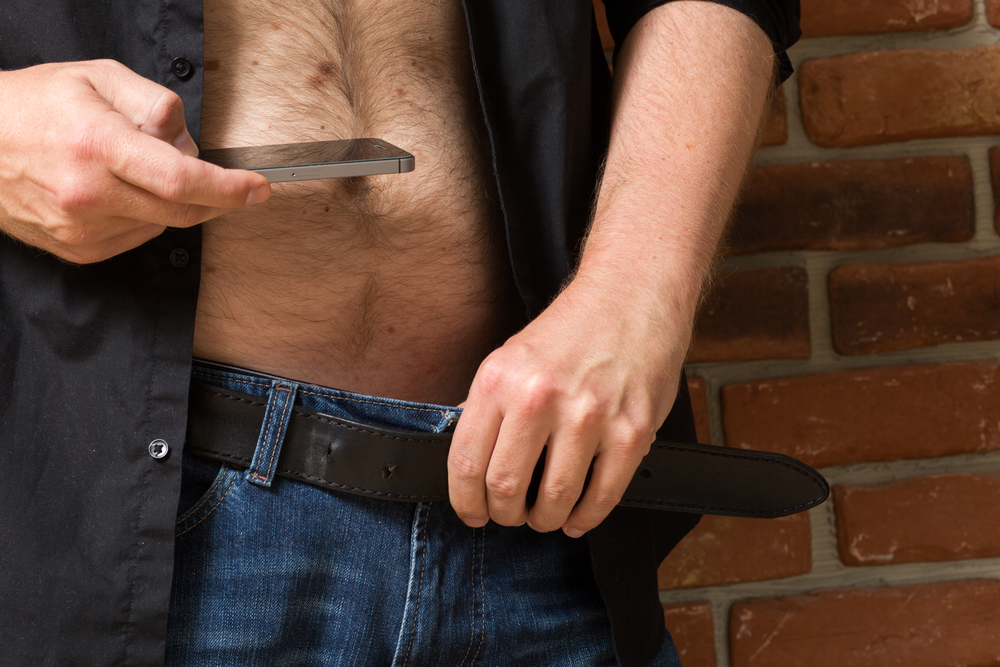 Forget flowers. Forget candlelight. The “dick pic” is the new method of luring potential lovers into the bedroom. But as anyone who’s ever received a bad dick pic will tell you, there is an art to photographing one’s dong.

Host Nancy Redd over at HuffPost Live tackled this growing trend in hooking up when she spoke with several experts on the subject of dick pics.

“Men, we want those explicit, nasty pictures of your body,” Steve Santagati, a relationship expert and author of Code of Honor and The MANual, said. “It’s very hard to take a dick pic that actually looks good.”

“The bulk of them are pretty awful,” Madeleine Holden, who runs the Tumblr page Critique My Dick Pic, agreed. “Although I think that that’s probably because dude’s tend to just not put much effort in.”

But perhaps the greatest voice of authority on the panel was Ezra Sembler, a self-proclaimed “serial dater” from St. Petersburg, FL who has been on the both the sending and receiving ends of countless dick pics.

“I use the Grindr application a lot, and usually people ask for [my dick pic] within the first five minutes of talking,” Sembler said. “In my personal experience, I’d say about 10% of the dick pics I’ve received I continue responding to.”

Then he added: “When I get a dick pic, I think of the guy behind the penis more than the penis itself.”

Does a dick pick cancel out the possibility of a relationship?

“This is not going to lead to a relationship in my eyes,” Sembler explained. “When I get a dick pic it’s mostly for, like, a hookup or, like, a quick online relationship. Nothing serious is going to start from sending a dick picture.”

He continued: “I think more harm can be done with a dick pic. You can get turned off way more easily than getting turned on. I’ve gotten a dick pic once where the head of the penis was, like, diagonal and I never talked to that person again. And he’s was a cute guy, but I just had this image and whenever I would talked to him I immediately went to that.”

So there you have it, folks. Be mindful when sending out dick pics. A bad one can drive away a potential lover and kill your chances of ever hooking up with them in the future.

Here are five tips to snapping the perfect dick pic..

While some men salivate over a big, hairy bush, the majority of people do not want to see a giant tangle of curly, unkempt pubic hair with your penis poking out from it. So trim those pubes, fellas. And, for the love of God, if you have pimples or ingrown hairs down there, pop into your local Walgreens and invest in some $5 cover up.

A toilet in the background is a good way to turn off a viewer as it reminds them of a very unsexy part about yourself. A messy bedroom or cluttered home office can also be off-putting. You don’t want the recipient to think you’re a slob, so tidy up before taking that photo.

As any Hollywood actress over 40 will tell you, lighting is key. This rule couldn’t be more true when it comes to snapping a good dick pic. Avoid using a flash. Fluorescent lights, too, are a no-no as they can accentuate every little bump, freckle, and imperfection. On the flip side, you don’t want the picture to be too dark. A little mystery is okay, but a silhouette or a pecker bathed in shadow can appear too “artsy” and may annoy your potential paramour.

A super close-up of your junk is just not sexy. The more of your body you can include in the photo, the more success you’ll have at wooing someone into your bedroom. If you want to include your face, even better. But, honestly, nobody expects you to. Sometimes a guy will place an inanimate object (i.e. a soda can, a remote control, etc.) next to his penis to highlight just how large and/or thick it is. This usually isn’t necessary and can have unintended consequences as not everyone is turned on by a schlong shaped like a Coke can.

Of course, the purpose of a dick pic to to show your lover what they’re getting, kind of like sampling a song on iTunes. That being said, nobody wants to see your limp wiener. They want to see what you have to offer. A full erection can come across as crass, so your best bet is to send a snapshot of your semi-hard chubby. It’s sexy, it’s tempting, and it implies that there’s even more where that came from.