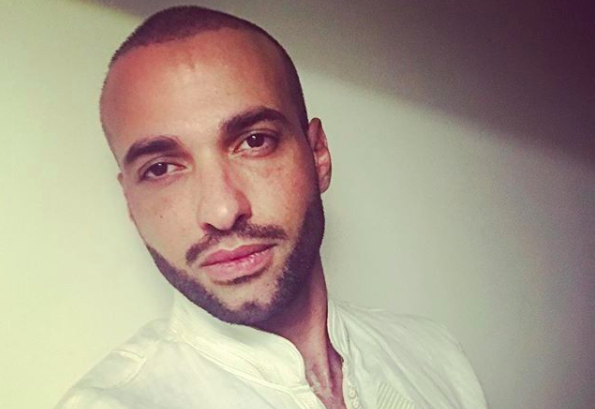 This just in, fellas: There’s a new bottom in town.

In a video posted to his Instagram page, Nurse Jackie actor Haaz Sleiman just announced that not only is he G-A-Y gay, but he’s also “a total bottom.”

But the 41-year-old doesn’t stop there. He continues with a warning to all the homophobes out there.

“To all the homophobes living in the United States of America and across the globe,” he says, “Why not? If you ever come to me to kill me just because I’m gay, I will destroy you. I might be gay, and I might be a nice guy, but don’t get it twisted because I will f*ck you up.”

Check out the video.

Sleiman’s video might be his “official” coming out statement, but it’s not exactly his first time bringing up the subject. Earlier in the month, he posted this picture of himself:

Rocking this t-shirt on the streets of Beirut. ????

He’s also dropped plenty of other not-so-subtle hints over the past few months:

I hear you Troye.

And we are all shamed for embracing and taking ownership of our inner most desires. The brilliance of Madonna.

After releasing his official coming out video, Sleiman addressed a 2009 interview with The Advocate, during which he was straight. He explains:

The Advocate wanted to interview me. I told Showtime only on one condition, no personal questions. The Advocate agreed. At the end of the half hour interview over the phone the idiot interviewer, whom I think was gay, asked me if was gay or straight. I was so shocked. I froze. My body started shaking. And then I lied and said I was straight. Shame on gay people who are not kind to other gay people. He did that on purpose.

Related: Science may have found a link between biology and men who bottom