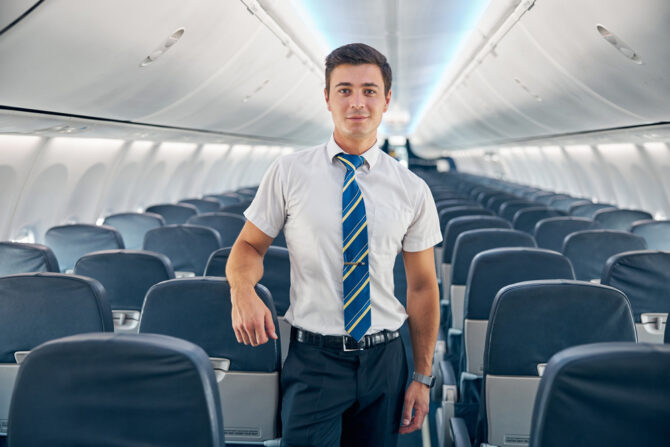 Sometimes it’s isolating to be out as gay at work. And sometimes, you find yourselves in like company.

Yes, it seems some lines of work are more gay-male-friendly than others, and Redditors listed those professions in a recent r/askgaybros thread when one person asked, “We all know the stereotypes, but what occupation do you think has the most gays?”

Some of the jobs listed below won’t be surprises—again, stereotypes!—but others might throw you for a loop. Here are Redditors’ responses from the thread, edited for readability.

“Please return your flight attendant to the upright position for landing. Thank you.”

“Actually know a straight guy that is one. And he even met his girlfriend via the job.”

Related: Internet rallies around guy who was outed at work by a coworker

“There are a surprising number of gays in EMS.”

“My Tinder experience would make me say wannabe actors and Starbucks baristas.” (“But you repeat yourself,” joked another user.)

“Starbucks baristas, lol. Edit: ‘cause I was one.”

“Don’t know why, but every drug store seems to have at least one obviously gay guy.”

“Yep! Back when I was single and dating, probably close to 50% of the people I went on dates with were nurses.”

“In my experience, there are quite a few gays in science. Particularly in academia.”

“There’s actually research about how gay men excel academically and are overrepresented in academia!”

“We had more queer people in my culinary class than straight white men. It was funny when they realized we could be more vulgar than them.”

“Yes, and there is a long history of this, apparently. My goddess Julia Child was worried gay men would do to culinary arts what they did to ballet. She didn’t seem to mind gay people [citation needed] but was worried that their presence would scare off straight men and hinder what she hoped would be a renaissance of cooking in America.”

“I’m an organist. Rarely do I meet straight male colleagues.”

“If you google ‘gay organist’ the first result is a quora post asking why so many organists are gay.”

“I dunno, most of the gay guys I’ve met suck on organs.”