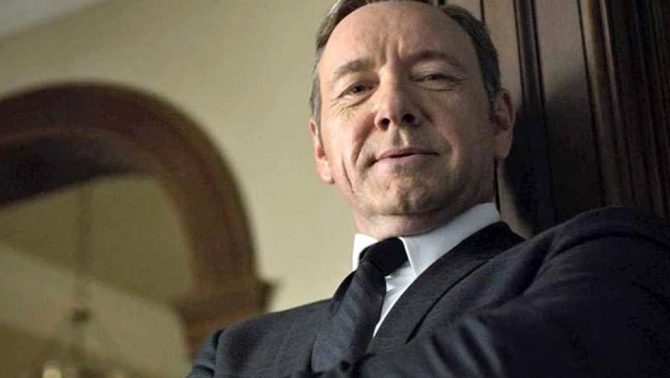 In another twist in the ongoing Kevin Spacey saga, the male masseur currently suing the disgraced actor over allegations of sex abuse died suddenly this week.

According to the Hollywood Reporter:

The individual, suing as a “John Doe,” filed claims in September 2018 with the allegation of being forced to grab the actor’s genitals twice during a massage two years earlier at a private residence in Malibu.

In May, a federal judge in California allowed the case to move forward despite Spacey’s objection that the plaintiff’s identity was being shielded.

Now, just a month after the parties came to a plan for proceeding in the suit that detailed prospective discovery and envisioned a seven- to 11-day trial, the plaintiff’s attorney has informed Spacey that the client “recently passed.”

Last month, the man’s lawyer, Genie Harrison, told the judge her client had expressed “concern for their safety and/or do not want their names revealed publicly in the media.” The cause of his death remains unknown. Yesterday, Harrison issued a statement, reading:

It is true that Mr. Doe recently died. His untimely death was, to his family, a devastating shock that they are struggling to process and is so recent that they have not yet held his funeral service. Out of professional responsibility, we notified Spacey’s counsel of Mr. Doe’s passing. We explained our intent to allow his family more time to get past their immediate, paralyzing grief and begin settling his affairs before we filed a death notice with the court — which is our prerogative as his counsel. Spacey ignored our request for compassion and filed the notice yesterday without our consent.

This marks the second time Spacey has dodged a sex abuse lawsuit in the past year.

Earlier this year, criminal charges against the actor were dropped when the man accusing him of sexual abuse, a teenage busboy, stopped cooperating with prosecutors. Spacey pleaded not guilty to felony indecent assault and battery in that case, and prosecutors eventually withdrew all charges.