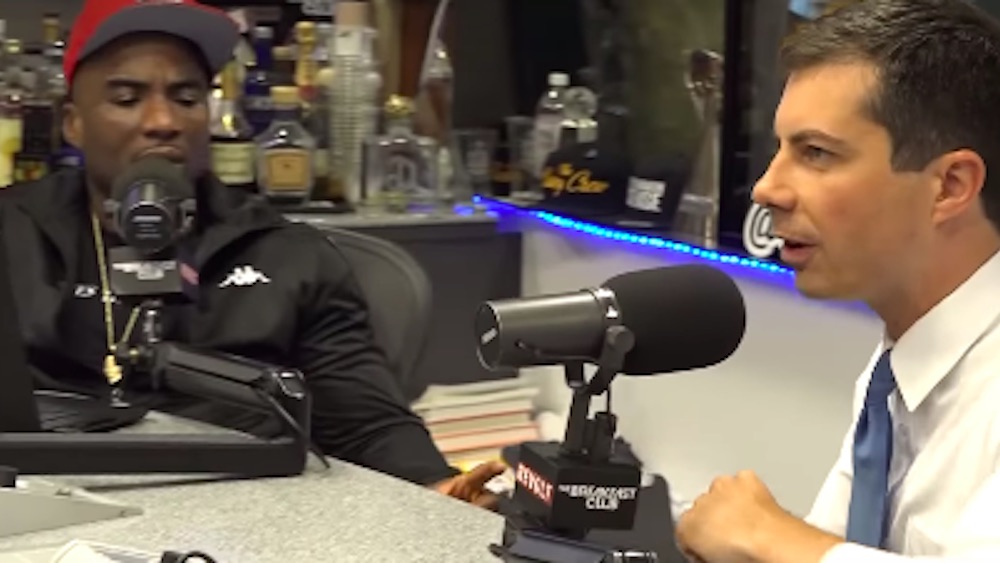 In an interview this morning with Charlamagne Tha God on his nationally syndicated radio show The Breakfast Club, Pete Buttigieg shared his take on the recent HBO clip showing Kevin Hart pretending not to understand the homophobia faced by Lil’ Nas X.

The clip in question showed Hart saying, “[Lil Nas X] said he was gay. So what?” and asking Lil Nas X to explain the homophobia he experience growing up gay in the Georgia government project, even though Hart’s past “jokes” expressed the very sort of homophobia and violence queer youth face during childhood.

“I think when somebody finds it necessary to wave their arms up and down and jump up and down telling you how much this isn’t a thing for them it makes you wonder whether they’re being honest with themselves,” Buttigieg said of Hart’s reaction.

Buttigieg continued: “I think it was the fact that he found it necessary to interrupt Lil Nas X and jump in and let everybody know that he doesn’t care. It’s almost like … what some folks hear when they hear somebody say ‘I don’t see color.’ … [Homophobia] is actually a thing. Kids are putting bullets through their heads over this.”

Buttigieg adds that it “took a lot of courage” for Lil Nas X to come out, especially since it now means that he’s forced to talk about it more than his music. Buttigieg also says that when Lil Nas X mentioned that he chose to come out at the top of his musical success, it underscored the fact that many queer people risk their own success if they come out before making it big.

While Buttigieg affirms the importance of talking about how individual identities taint people’s experience with discrimination, he added “I think where it’s a problem is if we define people around [identity].” That is, people don’t just want to be forced to discuss how they’re different all the time.

“It means different things to different people,” Buttigieg tells Charlamagne. “I’m not out to be the president of gay America. I’m out to be the president of the United States of America. But it’s part of who I am. It’s part of my experience. It shapes me, I think it informs the way I come at the world. Part of it is the fact that I’m in a marriage. Not a gay marriage. Just a marriage, right? And like everybody else who is married, that’s part of how I come at the world. But also that I belong to a group that’s been impacted by hate. It does affect the way I understand the world.”

Here’s the video of Buttigieg’s interview with Charlamagne tha God: