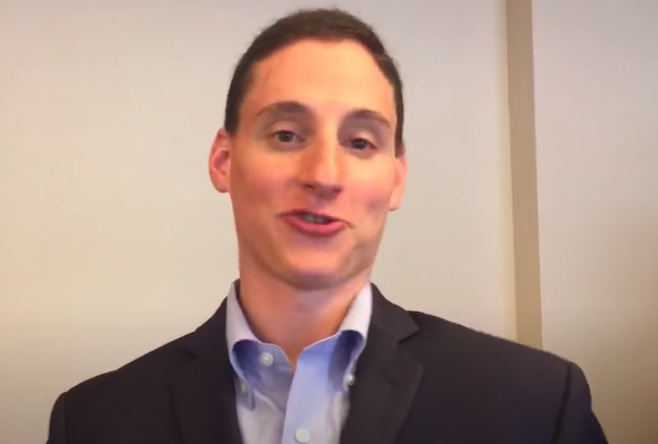 The antigay Republican, who is currently leading in the polls in Ohio’s GOP Senate primary to replace outgoing Sen. Rob Portman in 2022, just used the controversy to score political points with his base. And he threw in an anti-trans slur while he was at it.

On Wednesday, Mandel tweeted: “Just watched the Chappelle special. Was hilarious and offensive to all — as comedy should be. Lighten up t******s — Chappelle is the GOAT.”

Was hilarious and offensive to all — as comedy should be.

Mandel obviously intended to offend people with the tweet. And it worked! People are offended, as they should be. The fact that Mandel wants to be a U.S. Senator and speaks this way on social media is deeply troublesome.

What Mandel probably didn’t intend was for an old photo from his high school yearbook, showing him dressed in full-on drag–with a wig, stuffed sports bra, and skin-tight biker shorts, seductively massaging another guy’s shoulders in a weight room–to resurface in the comments section of his transphobic tweet.

The photo first appeared online in 2012 when Mandel was Ohio’s state treasurer and a GOP candidate for the U.S. Senate. At the time, his communications director said the candidate had no recollection of taking the photo, but that he was probably just “joking around.”

The image has lived on the internet ever since then, although most people had forgotten about it… until Mandel decided to mock trans people while voicing support for a transphobic comedian on Twitter.

you want to be in the US Congress?

Speaking of “transies…”
Sometimes those who scream the loudest also have the most to hide.
(Josh is the girl in the back…Beachwood HS yearbook) pic.twitter.com/9bZ56DYFuu

Nazi Josh loves attacks on LGBTQ people. In fact Josh believes they should be discriminated against. Plus, George Carlin is way better.

okay now i know the special was bad

I tend not to take notes on what comedy “should be” from far-right politicians.

The only reason Nazi Josh would ever watch Dave Chappelle, is if Chappelle was attacking blacks, Muslims, immigrants, or the LGBTQ communities. Nobody normal calls them transies. But, Josh ain’t normal.

Dehumanizing a category of people in our society is dangerous, immoral and wrong. I’m sure you know that part of history being of Jewish decent.

Hilarious and Offensive to all.
Sums up the GOP as well.

“Transies”- you are insensitive swine pealing off years of what Trans and all people want….respect.