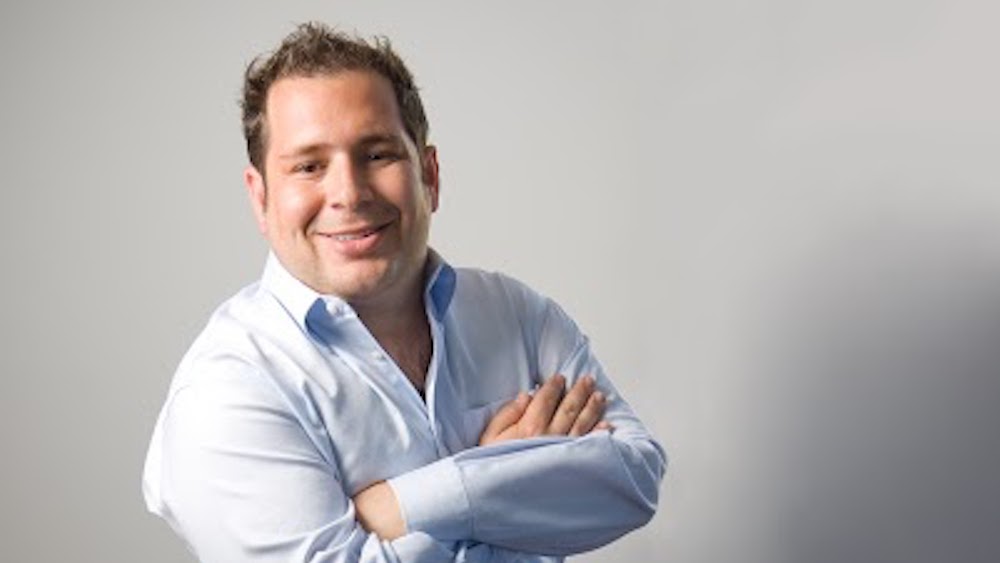 Adam Levin (pictured above), one of the founders of Oreva Capital–a company which recently acquired the LGBTQ publications Out, The Advocate, Pride, Plus, and Out Traveler–has a substantial history of donating to rabidly anti-LGBTQ Republican politicians.

As LGBTQ Nation reported, last September, the Los Angeles based investment firm Oreva Capital purchased Here Media, rebranding it as Pride Media and pledging to grow its digital and event businesses. Fresh off purchasing marijuana lifestyle magazine High Times, when Oreva acquired Here, the company said it hoped to create synergies and efficiencies that would help the niche brands grow together.

But last week, the trade publication WWD reported that Levin, one of Oreva Capital’s founders and operators, has a history of donating to anti-LGBTQ Republican politicians.

WWD wrote that “Levin has donated to a number of Republicans including Devin Nunes, Dean Heller and Josh Mandel (all of whom have publicly taken anti-LGTBQ stances, like supporting religion-based discrimination), and Dana Rohrabacher (who recently said gay people can be denied the right to buy a home and has consistently opposed legal advancements for the LGTBQ community).”

Nunes, who has sought to undermine the federal investigation of Russian election interference, voted against employment non-discrimination and supports a constitutional amendment banning same-sex marriage. Like Nunes, Heller has also opposed same-sex marriage and employment non-discrimination protections. He opposes the right of gay people to serve openly in the military. Mandel has identical stances.

So why would a businessman who supports anti-gay politicians want to become the owner of major queer publications? To reach the “largely untapped market in LGTBQ media,” according to WWD.

In our exclusive interview, Coyle explained that Levin’s previous donations to anti-LGBTQ candidates had to do with their pro-Israel policies and nothing to do with any antipathy to LGBTQ rights. Levin, in fact, is a supporter of both queer equality and the legalization of marijuana.

“Pro-Israel positions are something that actually does fall across Democratic and Republican lines,” Coyle says, “and so in making donations to politicians who are pro-Israel, he has donated to Democrats as well as Republicans.”

Coyle pointed out that Levin also helped establish JQ, an organization which supports “LGBTQ+ Jews and their allies.” And that’s only one of many pro-LGBTQ donations he’s made.

Levin himself told Queerty, “I’ve made donations to the AIDS Project LA (APLA), the LA LGBT Center and recently made a commitment to Gay Men’s Health Crisis (in New York City). In addition, I’ve donated to the campaigns of many pro-LGBTQ candidates who have included Adam Schiff, Gavin Newsom, Jon Chiang, Dan Adler, and was campaign manager for Dan’s bid to win California’s 36th Congressional District seat.”

Coyle is an openly gay man who has served as Pride Media’s CEO since June. He says that Levin, who is not gay, personally recruited him and has given him and the Pride Media’s editorial staff complete editorial independence.

Coyle also said that Levin is looking into midterm election races featuring anti-LGBTQ politicians with plans to donate to their competitors.

“To say (Levin) is an ally of the LGBTQ community is an absolutely true statement,” Coyle added.

Coyle says these donations aren’t just “damage control” for the allegations in the WWD article but are being made in light of the Nov. 6 election and the Trump administration’s unprecedented attacks on the LGBTQ community.

Asked whether Levin will continue to donate to anti-LGBTQ politicians for their pro-Israel stances, Coyle was blunt.

“No,” he declared. “That will not continue. He will continue to donate to pro-Israel candidates where he sees fit. Someone who happens to be pro-Israel but who has also expressed support for anti-LGBTQ policies or legislation will no longer be receiving any political donations from Adam Levin.”

This is welcome news. It’s especially important for The Advocate and Out to remain a powerful independent voice in a time when conservatives control all three branches of government, not to mention a majority of state legislatures and governors offices.

The religious right’s ascendancy in American politics is at its apotheosis, with powerful Veep Mike Pence, a religious conservative himself, acting as its ambassador to the federal government and seeking to wreak havoc on equality.

If Levin maintains his pledge to eschew anti-LGBTQ Republicans, it will help regain the trust of readers in these iconic publications, despite the fact that the company is no longer gay owned.