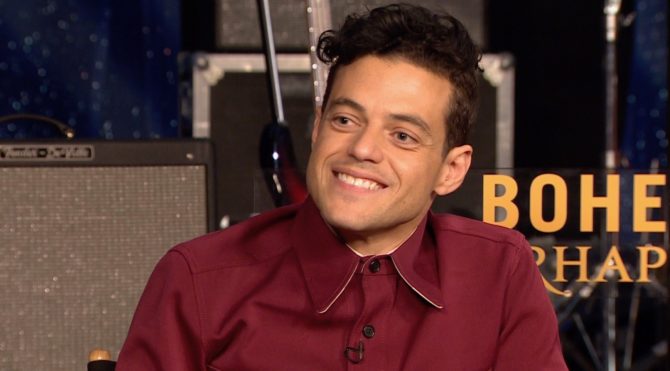 After more than a year of rumor and innuendo, Bohemian Rhapsody star Rami Malek has spoken about his tense relationship with the film’s director, Bryan Singer.

Malek, who just scored an Oscar Nomination for his performance as Queen frontman Freddie Mercury, opened up during an interview at the Santa Barbara International Film Festival, confirming that he and Singer had a combative relationship during filming.

“In my situation with Bryan, it was not pleasant, not at all,” Malek said. “And that’s about what I can say about it at this point.” Malek then also addressed the recent allegations of sexual misconduct against Singer, adding “For anyone who is seeking any solace in all of this, Bryan Singer was fired. Bryan Singer was fired, I don’t think that was something anyone saw coming but I think that had to happen and it did.”

Fox studios unceremoniously fired Singer late in production with only three weeks left to shoot after the director repeatedly did not report to set. Rumors also circulated that he had become physically violent with Malek. Singer, for his part, claimed he rushed to visit his sick mother. In any case, Fox replaced him with director Dexter Fletcher, who will helm the Elton John biopic Rocketman later this year. Per union rules, Singer remains the only credited director.

Despite the backstage drama, Singer seemed poised for an immediate comeback. Having earned his reputation as an action director, helming hits like X-Men: Days of Future Past, he signed on to direct a reboot of the barbarian action film Red Sonja. Then The Atlantic published a piece containing a number of sexual misconduct charges against Singer which cited more than 50 sources. Singer has denied any wrongdoing.

Bohemian Rhapsody has since gone on to gross more than $200 million in the United States and received Oscar nods for both Best Actor and Best Picture.