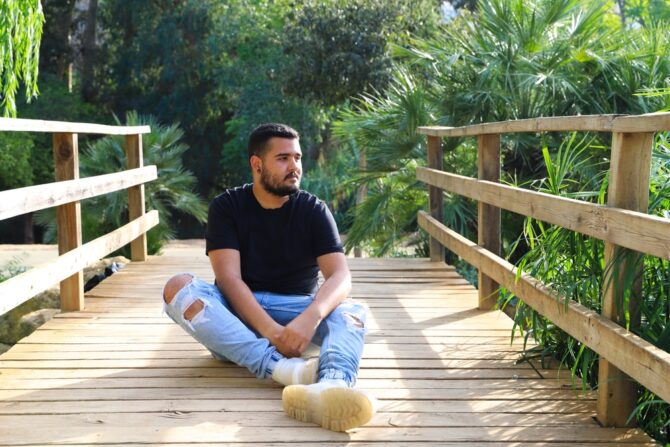 You know what they say about walking a mile in another person’s shoes, but as Reddit users can attest, the heteros in our lives will never totally comprehend what it’s like to be homosexual.

Reddit user u/Revolutionary-Tap849 kicked off the discussion in the r/askgaybros forum last month, asking, “Gay men, what is one lesson about being gay that straight people will never learn?”

Some commenters posted light-hearted responses—“That sometimes you can’t tell if you are jealous of someone’s looks, or if you want to f*ck them,” one said—but most shone the spotlight on the homophobia, femmephobia, and misogyny still running rampant in today’s world. Here’s a sampling of the discussion, with comments edited only for grammar.

“People assume things about you purely because of your sexuality, but then they also say things like, ‘Do you have to act this way or bring your sexuality up all the time?’ You can’t win.”

“What it’s like to have to unlearn heterosexuality when you grow up. Not being able to practice flirting from a young age, making us all teenagers when we’re 20-something in the dating aspect of our lives. What it’s like to have such a small dating pool and having to wonder if a person is even attracted to our gender before approaching.”

“That we have to watch every step we take in our personal lives and careers and weigh the pros and cons of revealing our sexuality to someone a thousand times, fearing repercussions just for telling the truth about who we are. That acceptance of who we are by family, friends, and society without any judgement—something that straight people take for granted—is not an option at all for most LGBTQ people, and this causes severe lack of confidence and mental health issues at times.”

“[The] small dating pool is something I think they really don’t understand. I live in a small suburb with very few single gay men. My straight friends don’t understand why I don’t date more because they can find a date anytime they want.”

“Never being able to have a regular high school relationship, or just knowing that most people in the world can’t possibly have romantic feelings for you.”

“The whole ‘closet’ thing you have to deal with. Many gays already know it when they’re, like, 12–13. You have to hide it, stop doing things you enjoy, be scared of abandonment from family and friends. So [it] kind of creates a paranoid mindset that everything bad is happening ‘cause you’re gay. I remember panicking over an unresponsive text from a friend, thinking it [was] because I’m gay.”

“I think many underestimate that it’s still a struggle, even in the most open of places. Even if you take PDA out of the equation, there’s still a lot that gay men have to repress in order to be treated just like any other person.”

“Having to figure out who you are in the privacy of your own head. [I’m] not saying hetero people never have to figure out their identity, but there is something very different about realizing you aren’t the norm and you’re different even from your parents that way, and only you know it. Also, the experience of coming out which is never-ending process.”

“What it feels like having to second-guess showing public affection to your partner out of the worry that you might be physically attacked or harassed if someone sees it.”

“That you will never completely fit in with a group of straight men. There will always be assumptions, and a different frame of reference.”

“People thinking being a bottom is for ‘f*gs or sissies,’ when actually, it takes a hell of a lot of balls to take a c*ck in the ass and is incredibly manly, haha.”

“Pretty much every gay man I know has had slurs yelled at them from a moving vehicle, and straight people should remember that”

“What it’s like to never be able to casually and lovingly hold a partner’s hand. Straights do it without thinking. We can only do it if we ensure it’s safe to do so. And then, we could be making a political statement. We can never just do it like straight people can. Straights will never know how that feels.”