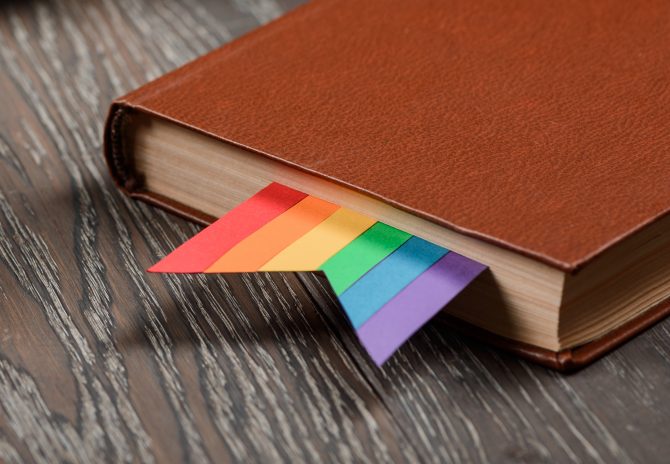 For as much as homophobes whine about the “gay agenda,” surely one of us must know what it is, right?

Yeah, of course it’s not a real thing. GLAAD defines the “so-called ‘homosexual agenda’” as “inventions of anti-gay extremists seeking to create a climate of fear by portraying the pursuit of equal opportunity for LGBT people as sinister.”

But if the gay agenda were a real thing, what would it be? Reddit users proposed agenda items after one person wrote, “I’m gay, but I don’t know the gay agenda. Can someone fill me in?”

Many of the commenters brought the funny. “If you have not received your gay agenda pamphlet, you need to call the number on the back of your gay card,” one person wrote.

Here are some other comments from the thread:

“Every Tuesday is Taco Tuesday.”

“Equal rights for all and spread the good word about Carly Rae Jepsen.”

“Convert the all the straights, ending reproduction and halting the massive population growth, thus slowing and eventually stopping mankind’s destruction of the Earth.”

“Convert as many straights as possible.”

“Live your life the best way you know how.”

“Because I am a history nerd, here is the oath of America’s first queer liberation group, the Marxist Mattachine Society: ‘We are sworn that no boy or girl, approaching the maelstrom of deviation, need make that crossing alone, afraid and in the dark ever again.’ The first ‘gay agenda’ was about making sure none of us feel ashamed, alone, or abused by wider society.”

“I’m gay, too, and I wouldn’t have a clue either. My hetero dad seemed to know all about it, though. Odd.”