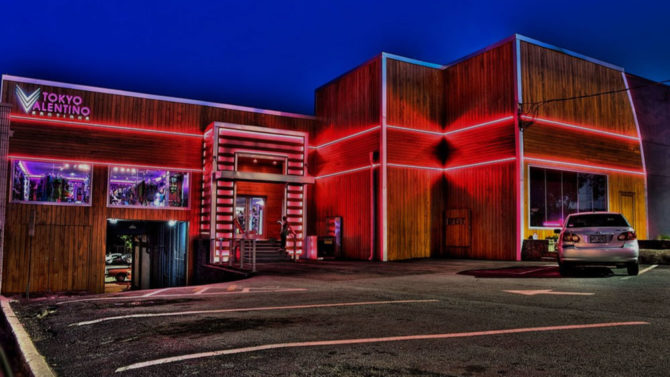 A group of LGBTQ activists in Atlanta are fighting to prevent a popular gay hangout/sex shop/hookup spot from being shut down.

Now, lawmakers are trying to shut the whole place down, saying it violate’s the City’s adult entertainment ordinance by being within 500 feet of a residential area.

But local LGBTQ activists aren’t buying it. They believe the whole thing is a homophobic attack to try and erase their entire identity. So they’ve started a change.org petition to stop the closure from happening.

“Tokyo Valentino at Cheshire Bridge Rd is being shut down by the City of Atlanta unless you help!” the petition reads. “If we lose our culture then we also lose our identity as gay Georgians!”

The petition was started by Gay Georgia, Inc. (GAGA), a state-registered PAC that works to “preserve LGBTQ cultural and entertainment locations important to maintaining the identity and safety of gay Georgians.”

So far it has gathered nearly 3,000 signatures.

Even local writer Matt Terrell is joining the fight. In a think-piece published by the Georgia Voice titled “Save our historic glory holes,” he writes:

I do think we should save Tokyo Valentino. We should preserve this sex store because we need seedy businesses in Atlanta. There will always be a need for spaces where suburban men can come and have anonymous sex. Drugs and hustlers are part of our capitalist ecosystem, and it’s important that we give them a place to exist. Using the power of zoning and city ordinances to bully adult businesses out of town is short-sighted. The activities that happen there will move somewhere else.

Terrell goes on to say that all cities should have red-light districts because they help keep “skeezy and gross” behavior “clean and quiet.”

“That sort of illicit and illegal activity will happen regardless of how hard we try to legislate it out of our community,” he writes. “Let the hustlers have space to hustle–or else they might walk down to your neighborhood instead.”

He continues, “Making room for Atlanta’s red-light district is important, because it’s safer when we can keep this activity under view of the community.”

GAGA hopes to gather at least 2,000 more signatures on its petition.

“We have fought for acceptance…now we need to fight to preserve it!” the petition says. “Please sign the petition to stop the City of Atlanta from closing Tokyo Valentino. It will only take a few clicks. We are gay Georgia. We are GAGA!”