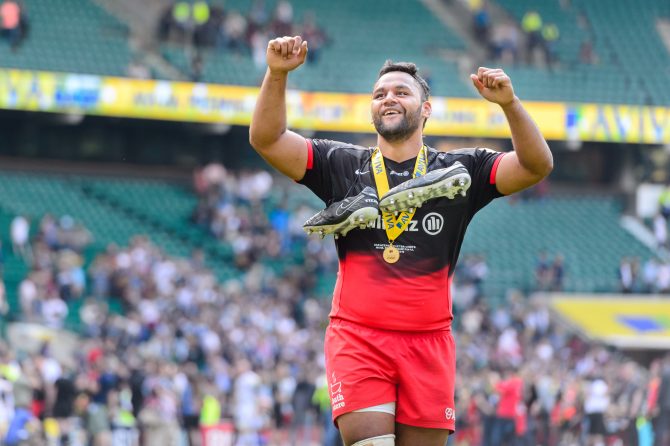 British rugby star Billy Vunipola has had some time to reflect on his public show of support for Israel Folau’s homophobic comments last year.

His takeaway? That being “ridiculed” for supporting homophobia was unenjoyable.

Vunipola, 27, inserted himself in the drama when he ‘liked’ an Instagram post from Folau, an Australian rugby player, that claimed gay people are all destined to end up in hell.

Folau, a self-described devout Christian, was fired by Rugby Australia for his comments, though he’s since started playing again for the French Super League team, Catalans Dragons.

Vunipola was merely issued a formal warning by his team, Saracens.

Now Vunipola has commented on the ordeal and spoiler alert: His views have not changed a bit.

Speaking on The Good, The Bad & The Rugby podcast, he said: “I could easily have been: ‘I’m not going to support this.’ I didn’t sleep for two or three days after I saw [Folau’s] post because something inside me was saying: ‘Do you actually believe in Jesus Christ or do you not?’”

“I didn’t enjoy being ridiculed but at the same time what I did find comforting is that I stood up for my faith and I didn’t just fall by the wayside.

“If it happened again now and I was asked: ‘Billy, do you stand in support of it?’ I would have to say yes because I’ve made my position clear.”