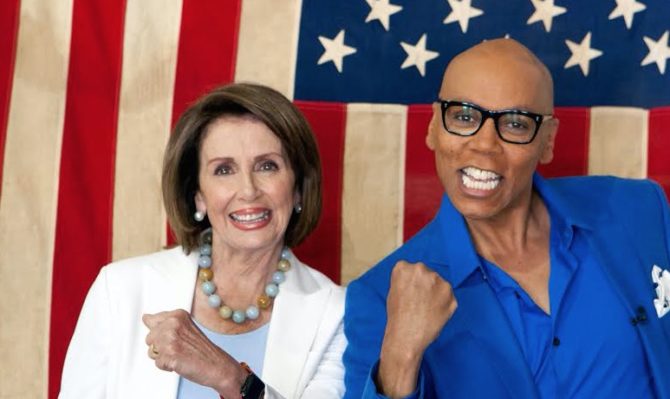 Well, this should give everyone something fresh to Tweet about.

Days after RuPaul extended an olive branch to his critics for appearing to represent an old-guard (and no we’re not calling him old) view on gender within the drag community, an episode of Drag Race All-Stars is set to air that features House Minority Leader Nancy Pelosi, another progressive figure who’s received criticism from the left.

And while it’s a good thing that we hold our leaders’ feet to the coals, let’s not forget just how much RuPaul and Pelosi have done to further LGBTQ causes. 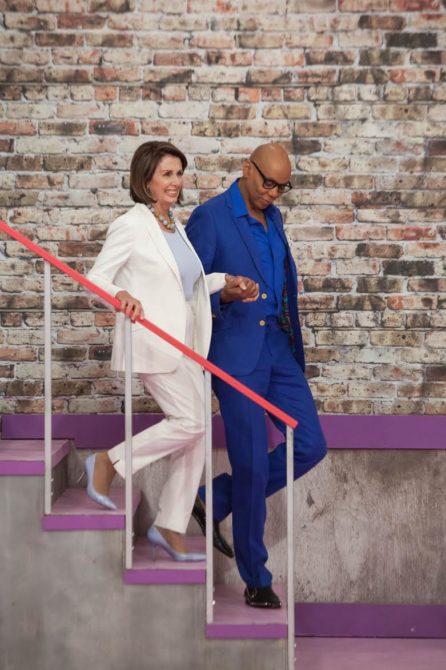 Pelosi, for her part, spearheaded a fully-inclusive hate crimes bill under President Obama, she led the effort to repeal “Don’t Ask, Don’t Tell,” and fought against Republicans who defended DOMA. For decades she’s advocated for women’s rights and marriage equality, and since entering Congress in 1987 has fought for federal attention to fight HIV/AIDS.

She also seems to have endorsed a pro-life, anti-gay Democratic candidate for Congress in Illinois this week (eesh), and we fully support raising some hell over it.

We won’t even get into the many positive forces RuPaul has unleashed into the world.

So let’s all take a moment to recognize that our leaders are complicated, human and flawed, continue to speak up when something they do doesn’t sit right, and get back to the issue that’s really weighing on everyone this week:

The episode airs Thursday night on VH1 at 8pm Eastern.