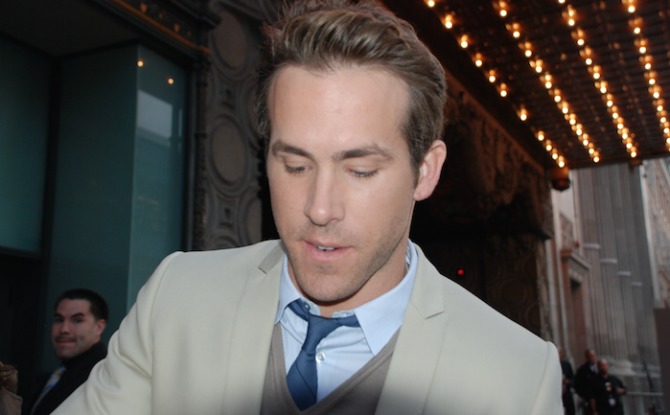 Business industry eyebrows (think: thick, bushy) raised this week after it was announced that mega-corporations Disney and Fox would merger. Fans, on the other hand, wonder what the move could mean for content.

Will Disney continue on with envelope-pushing franchises like the R-rated superhero films Logan and Deadpool?

We suspect that if the money is right, they’ll do whatever it takes to appease their shareholders.

And either way, it’s far too late for the deal to affect the hotly anticipated Deadpool 2, which doesn’t hit theaters until June 2018.

Star Ryan Reynolds is wasting no time hyping up the film, and we give him bonus points for managing to work in a solid d-joke in a recent share:

Some might call this creation a masterpiece, but to me it’s just well hung art to be shared with the world. pic.twitter.com/O7ezRdGXX2

“Some might call this creation a masterpiece,” Reynolds wrote of the Michelangelo-inspired poster. “But to me,” he added, “it’s just well hung art to be shared with the world.”

Related: Did you catch Ryan Reynolds and Andrew Garfield kissing at the Golden Globes?

Miraculously, this led to a back-and-forth with the prestigious British Museum:

Then the Getty Museum weighed in — sure, why not:

We can’t match this perfect response!???

Speaking of originals, how about we send ours to one of you? Mom won't let us hang it on the fridge…

Then, naturally, mediocre Italian restaurant Bucca di Beppo had something to share:

Ciao @vancityreynolds That would look amazing hanging on our ceiling—the perfect piece of art to gaze at while enjoying some of our oversized (meat)balls ??

Leading to just one more joke about the male anatomy. It’s a good day:

You got the bolognese to hang it in the Pope Room? ?

Some fans took the news of the Disney/Fox merger to heart and revised the poster: