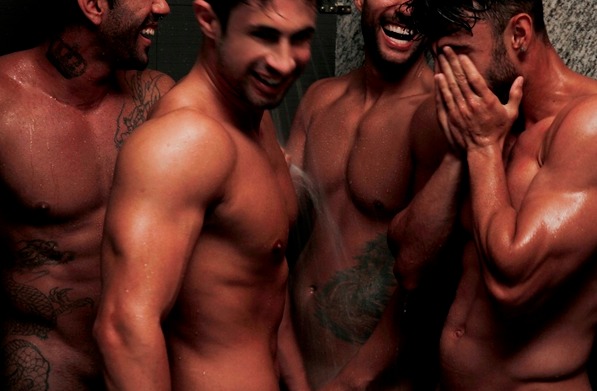 A gay sex club in New York is under fire for charging vastly different admission prices for “tops” and “bottoms”.

ANONYMOUS is a sex party for guys in Brooklyn. After the smashing success of its first event over the Black Party weekend last month, the party is returning for a second outing on June 2.

Organizers are charging $65 entry for bottoms…. but just $25 for tops. 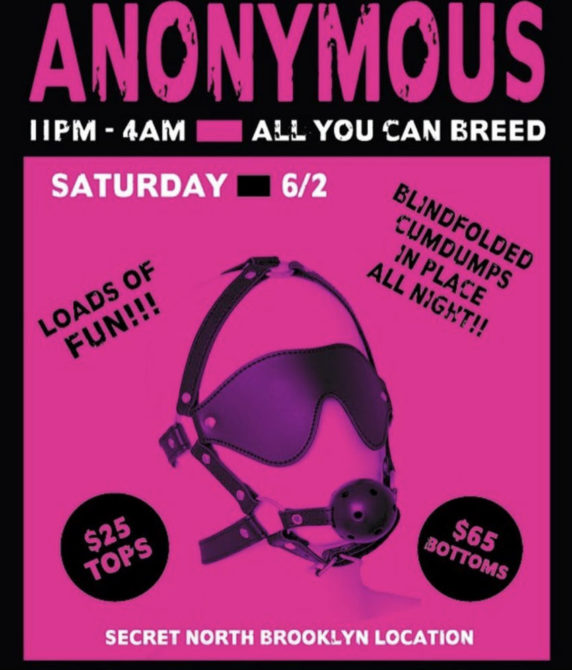 Naturally, bottoms aren’t terribly pleased about the idea of paying over 50% more. Many are questioning the huge disparity in price, as well as how the policy will be enforced.

Also, what about guys who are vers?

me paying 25 then bottoming the whole night pic.twitter.com/CfSKgsGypt

ANONYMOUS promoter Luke, who identifies as a “big old bottom”, tells Gay Star News the decision was made out of a need for “a huge ratio of tops to bottoms.”

“The way the party works is that bottoms volunteer as a cumdump, they are placed into position for the entirety of the party and stay there as long as they want,” Luke explains.

He continues, “We wanted to keep the party more manageable for obvious safety reasons. So we used a smaller and therefore more expensive (per capita) space.”

Still, many feel it is yet another example of “top privilege,” which has becoming a growing concern within the gay community.

But Luke is defending the huge price gap.

“That’s also part of what the bottoms are paying more for,” he says, “a guaranteed high numbers of tops.”

Related: “Top privilege” is a problem and it needs to be addressed