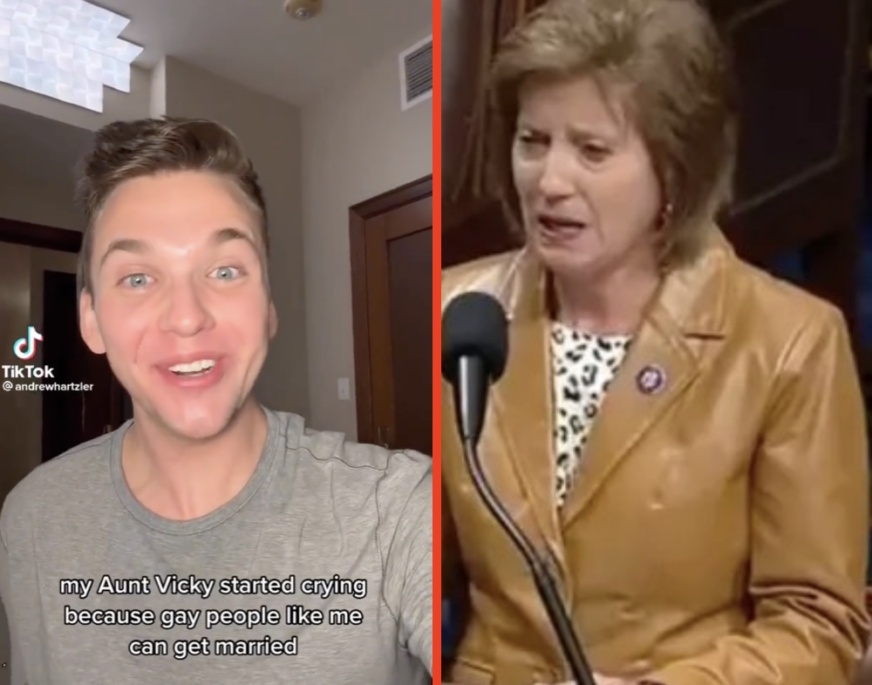 Outgoing Rep. Vicky Hartzler of Missouri made quite an embarrassment of herself this week when she broke down in hysterics on the House floor while urging her colleagues to vote against federal protections for same-sex and interracial marriages.

“This is yet another step toward the Democrats goal of dismantling the traditional family, silencing voices of faith and permanently undoing our country’s God-woven foundation,” the evangelical Christian sobbed in a teary-eyed speech.

“As I presided over the debate for the Respect for Marriage Act, I had to remind Republicans like Vicky Hartzler their time for debate expired,” he tweeted. “For too long, Republicans have tried to stop a full vision of marriage equality in America. Their time has expired.”

As I presided over the debate for the Respect for Marriage Act, I had to remind Republicans like Vicky Hartzler their time for debate expired.

For too long, Republicans have tried to stop a full vision of marriage equality in America.

Their time has expired. pic.twitter.com/gDNgsbWWXj

But the story doesn’t end there. Because it turns out Hartzler actually has a gay nephew, who took to social media after her dramatic display to put his homophobic aunt (with terrible taste in fashion, we’d like to add) on blast.

“Today, a United States congresswoman, my Aunt Vicky, started crying because gay people like me can get married,” Andrew Hartzler said in a video posted to TikTok and then shared to his other social media channels.

“So, despite coming out to my aunt this past February, I guess she’s still just as much of a homophobe.”

Andrew concluded the video suggesting his Aunt Vicky respectfully sit down and STFU.

“You want the power to force your religious beliefs onto everyone else. And because you don’t have that power you feel like you’re being silenced. But you’re not. You’re just gonna have to learn to coexist with all of us,” he said.

Ultimately, Hartzler’s white Christian woman tears didn’t work. The bill passed by 258 to 169, with 39 Republicans joining all 219 Democrats in voting for it. President Biden has indicated he will sign it into law in short order.

Hartzler made a bid this year to join the Senate. However, she lost her Republican primary to Missouri Attorney General Eric Schmitt. Come January, she’ll officially be exactly like Torres said, expired.