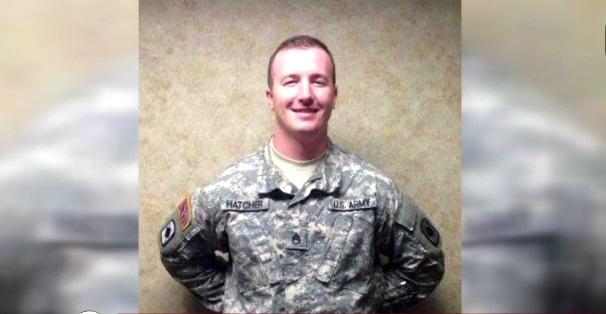 An outreach coordinator in Arkansas Treasurer Dennis Milligan’s office has resigned after a backlash over his misogynistic and antigay social media posts.

Hunter Hatcher, who is also a member of the Arkansas National Guard, tweeted on Friday, “Y’all in Trump’s America now! Time to flick that chip off ya shoulder and quit being so offended. Gay jokes are back on ya bunch of homos.”

On the following day, he shared an article about the Arkansas Women’s March, a sister march of the one held in Washington, D.C., including a sexist remark.

“If all these women are at the Capitol, who’s making lunch?” he wrote.

“I love Subway cause I can tell a woman to make me a sandwich and she does it with a smile on her face…Don’t get equal, get to cooking woman, get equal on your own time,” he wrote.

“It is my intent to focus on my military service to my country,” Hatcher’s emailed resignation reads. “I would like to offer my sincere apologies to all who were offended by my egregious remarks, as it was not becoming of a Soldier. I am very contrite but will continue to focus on my mission with the Army.”

“We are obviously very disappointed in some recent outbursts on social media by one of our employees who is currently on military leave,” Milligan wrote Sunday. “Insinuating that women belong only in the home is insulting. These statements, and the others he made, in no way represent the views of the Treasurer, who does not and has never held such audacious viewpoints.”

He made another statement the following day.

“I want to reemphasize my earlier statement: The comments made by a member of my staff were insulting, unprofessional, unbecoming of a state employee and have no place in a public office,” Milligan said in the follow-up statement. “Again, he is on unpaid military leave from my office at this time. When he returns we will be discussing this situation and his role within my office.”

Hatcher has also faced consequences from the National Guard.

His commander in Texas took away his computer and phone privileges as of Monday morning, according to Arkansas Army National Guard Spokesperson, Lieutenant Colonel Joel Lynch, KATV reports.

“He should not have posted that, we encourage and actually tell all of our soldiers and airmen that they represent the organization all the time, whether it’s on social media, when you’re walking downtown, when you’re in public…you’re always representing the organization and we do not tolerate that kind of behavior,” Lynch said.

Some consequences include a reduction in rank, or being kicked off the deployment Hatcher is scheduled for in Africa.

“It’s very clear when we have training on this every year, we have policies and they’re posted on all of the facilities that we’re at so it’s not a mystery that we feel this way,” Lynch added.