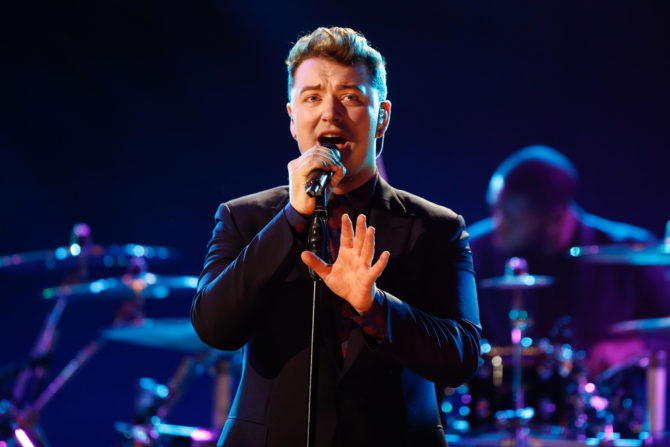 Michael Jackson was a legend in his time, but in his final decade or two, he was something of a punchline, too. The press dubbed him “Wacko Jacko,” and people mocked him for his drastically altered physical appearance while condemning him over child-molestation charges.

The near-decade since his 2009 death at age 50 has been kind to the legacy of “The King of Pop,” who is now among our most-revered legends. So much so that apparently, to know him and his music and not love at least the music has become unacceptable.

That certainly seems to be the case with Sam Smith, whom social media made the villain of the week for not being a Michael Jackson fan.

As someone with unpredictable taste in music, I know what it’s like to duck attacks for having an unpopular opinion about a popular singer. Last year, the Beyhive turned me into a Twitter pariah over my HuffPost essay declaring that Beyoncé didn’t deserve the Album of the Year Grammy that Adele won.

I also know what it’s like to be hit with the R-word over something totally unrelated. Some Beyhivers diagnosed me with internalized racism, and one even posted a photo of me with three white friends in Buenos Aires as proof that I hate black people.

So much for diff’rent strokes.

In case you missed Sam Smith trending last week, here’s what went down. The singer was hanging out with fellow singer Adam Lambert when Michael Jackson’s 1983 hit “Human Nature” came on.

“I don’t like Michael Jackson, but this is a good song,” he said.

For reasons only he would know, Lambert captured the moment on video, posted it on Instagram, and then deleted it, but not before Music News Facts captured it, shared it on August 10, and sent it viral.

‘I don’t like Michael Jackson, but this is a good song’ pic.twitter.com/Rhw1lnA5O0

Smith was roundly rebuked on social media, but the most vicious read came from the great Stephanie Mills, who went after the Grammy and Oscar winner with gusto.

The R&B queen wrote on Instagram: Don’t come for MICHAEL JACKSON when you wish you have sold as many records and you wish you were the King of Pop like he was. I’m so tired of you people studying our music, and studying our artist and claiming that you don’t like our music. Go sit your 1 HIT WONDER ass down and learn how to finish a tour. When you can sell as many records as the king of Pop, Michael Jackson then maybe you can say something. So I say to you Mr. Smith have several seats and come for me if you want to.

Now, I love me some Stephanie Mills all day, all night (to quote the title of her underrated 1992 single). She once sent me a lovely tweet after I posted something about her on my blog. But since when did it become a crime not to be a Michael Jackson fan and to say so during a private conversation? Is it a problem because Smith made his musical mark as a white Brit singing soul music and duetting with the likes of Mary J. Blige? Would it be OK if, say, Elton John declared himself #NotAFan while in bed with his husband David Furnish?

Should BET revoke Smith’s 2015 Best New Artist award? Should his four Grammys and his Best Original Song Oscar (for “Writing’s on the Wall,” from the 2015 James Bond film Spectre) be rescinded, too? He didn’t sexually harass anyone. He didn’t pull a Roseanne Barr by comparing Michael Jackson to a monkey. But apparently, in this age of social media outrage over everything, he’s a villain for not liking the wrong music.

Why is that even relevant? I don’t know what went down at Freedom that night, but even if he did call someone a “black c*nt,” would that be grounds to conflate his feelings about Michael Jackson’s music with racism?

The supposed “black c*nt” incident was reported on Twitter in January of 2016, only minutes before Smith posted the following series of tweets:
Just experienced my friend getting verbally abused racially in London. I am absolutely SPEECHLESS.

I feel like I have to shine some sort of light on it. The police were so unhelpful in the situation and its deeply shocked me.

I feel like I have to say something. I’m just so upset. So UPSET.

I just got home and Nina Simone is on the radio–fitting.

Almost as if on cue, people attacked him for making the incident all about him, for not previously being aware that racism exists, and for whitesplainin’ racism.

Wait. Woah. So now a white person isn’t allowed to be “speechless” after witnessing racism? How is expressing how the incident made him feel making the incident all about himself? Can a white person talk about racism at all without “whitesplainin’” it? Is social media’s peanut gallery just worn out and in need of a long holiday?

Yes, Smith did come off as being a bit naive and clueless in those six tweets, but he was 23 years old at the time. Was anyone expecting the eloquence of Martin Luther King Jr.?

Frankly, we’ve got much bigger fish to fry. Smith’s taste in music is far less offensive than Kanye West’s taste in politicians. When the rapper praises Donald Trump–the U.S. President who declared that there are “very fine people” among white supremacists–and calls slavery “a choice,” fans treat him like the crazy, loveable uncle who always says inappropriate things. His black cred remains intact.

Smith’s, however, appears to be endangered. I’m not a fan, so I have no stake in whether or not he gets to remain at BET’s VIP table. But coming in a week in which white supremacists marched on Washington D.C. to commemorate the one-year anniversary of another rally in which three people were killed, who’s not on Sam Smith’s Spotify playlists gets a shrug from me.

Social media always wanna be startin’ somethin’, but sometimes, we all need to just beat it.