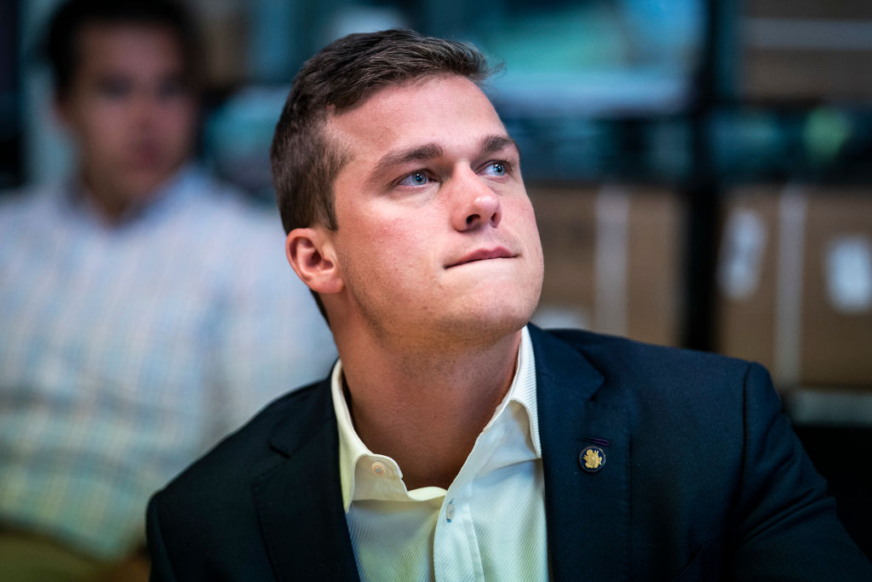 With less than a month left in his single term as a U.S. congressman, Madison Cawthorn is busy tying up loose ends and cleaning up the messes he made during his two totally unproductive years in office.

First, the outgoing rightwing lawmaker from North Carolina was just cleared of having an “improper relationship” with his male staffer. You know? The one whose crotch he grabbed on camera.

In a report released Tuesday, the House Ethics Committee referenced “public discussion in news articles and on social media” about a series of leaked “photographs and videos depicting the two of them engaging in explicit and sexually suggestive comments and conduct.”

In addition to the now infamous crotch-grabbing video, other leaked materials included pictures of Cawthorn partying at a nightclub wearing sexy lingerie and video of him aggressively thrusting his penis in another man’s face.

After looking into the crotch-grabbing video specifically, the committee says that both Cawthorn and staffer Stephen Smith “denied having any romantic or sexual relationship.” The committee also determined Smith was “not a first cousin” of the 27-year-old, despite media reports to the contrary.

Unfortunately for Cawthorn, his good fortune stopped there.

Because the House Ethics Committee also determined there was “substantial evidence” to suggest he violated ethics rules by urging his followers to invest in LGB (“Let’s Go Brandon”) cryptocurrency, which he an undisclosed financial interest in, earlier this year.

Not only that, but the committee found Cawthorn purchased the LGB coin at a lower price than the general public, violating House rules on accepting gifts, and that he “failed to file timely reports” on his cryptocurrency investments.

Last week, Cawthorn delivered what was likely his final Congressional speech, during which he urged young men to “reclaim masculinity” and to warn of the dangers of “metrosexuals”.

“Our young men are taught that weakness is strength, that delicacy is desirable, and that being a soft metrosexual is more valuable than training the mind, body, and soul,” he said.

“Social media has weakened us, siphoning our men of their will to fight. To rise in a noble manner, square their jaws, and charge once more into the breach of light to defend what they love,” he continued.

“So on this precipice of disaster, I ask the young men of this nation a question: Will you sit behind a screen while the storied tales of your forefathers become myth?”

Leaving Congress, Cawthorn issues an address to Alpha males: “Our young men.. are taught that being a soft metrosexual is more valuable than training the mind, body & soul. I ask the young men of this nation: Will you reclaim your masculinity? Will you become a man to be feared?” pic.twitter.com/kmfrHCKXLY