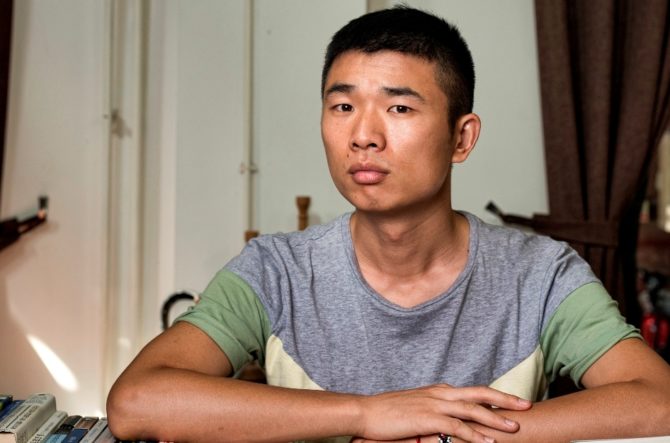 Filmmmaker and LGBTQ activist Fan Popo has made a career out of combating negative and untrue stereotypes surrounding homosexuality in China.

Earlier this month, 32-year-old Fan wrote an essay for Vice China about his experience participating in a kink.com adult film shoot back in 2013. Much to his surprise, the article actually made it through China’s heavily monitored, uber-strict media censors. Then, much to his shock, the article was quickly yanked down by Facebook.

Within moments of sharing the link on his page, Fan received a notice saying he was banned from the social media platform for 24 hours for posting “pornographic content.” 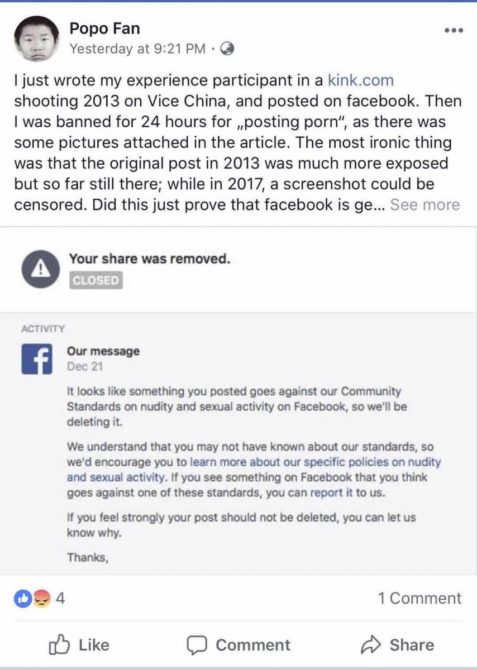 “I was quite surprised that Vice China could publish it,” he tells the Beijinger, “but I was more shocked when it was censored by Facebook, as we always assume the censorship in China is more strict than in the US.”

To make matters even stranger, Fan says, he had posted pictures from the shoot four years earlier and those were never flagged. 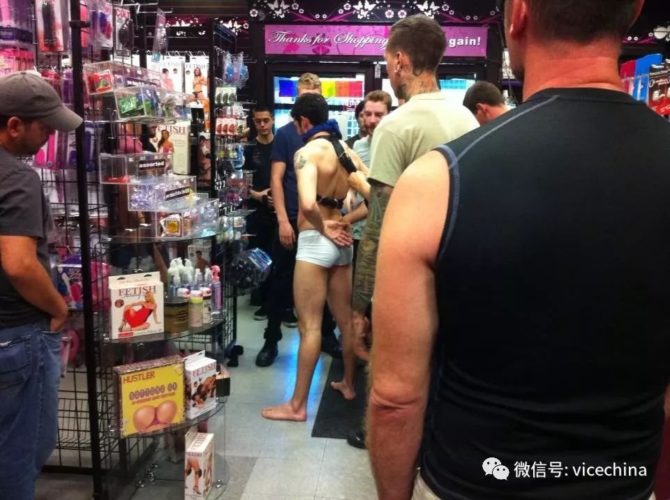 “Those original pictures from 2013 are still there,” Fan tells the Beijinger, before adding sarcastically: “Facebook should also be ashamed for carelessly letting those images go up years ago, so that so many people could see them.”

Fan has spent years fighting against Chinese censors to raise awareness to LGBTQ issues in this country. He never thought he’d have to fight Facebook, too. But he says he’s determined to press on.

“In the end, this event makes me feel even more strongly about continuing my writing,” he says. “I won’t care about censorship, I believe I can always find a way to reach my readers.”