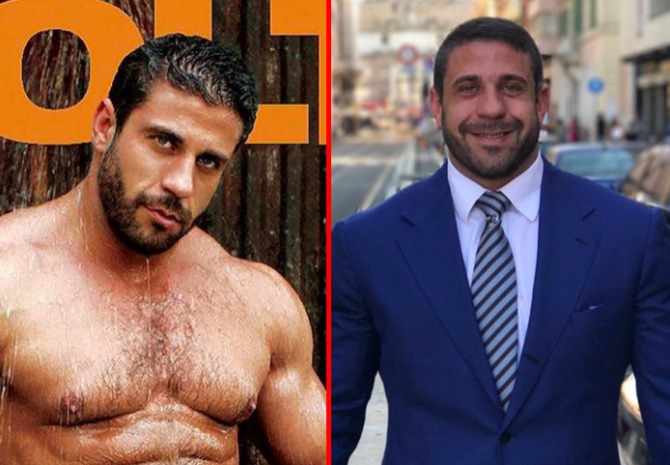 Students at La Sapienza University of Rome have been in a tizzy after learning their math professor used to work as a hardcore gay muscle daddy adult film star.

Ruggero Freddi’s x-rated past came to light after he posted a video of himself flexing his massive muscles to Facebook. Someone recognized him and contacted a reporter.

Freddi went on to explain that he initially wanted to work in engineering in Italy, but lack of opportunity forced him to look elsewhere for employment.

“Then I was offered to do a film in the USA. I thought, ‘Why not?’ A job that helps me earn more and is a more entertaining career,” he said.

One thing led to another and he eventually he signed a contract with Colt Studios in California. He became known as Carlo Masi, a gruff bodybuilder with a penchant for hardcore sex.

Related: Houston’s Scruffy Local News Correspondent Has All The Gay Men Tuning In, Turning On

“I knew sooner or later something was going to happen, but I didn’t expect something so big to happen,” he says. “I thought someone would publish something and my students would talk about it for a while, but I wasn’t expecting the entire country to actually speak about it.”

He adds that he hasn’t had any issues at the university.

Related: Teacher Forced To Resign For Being Too Sexy For His Shirt On Bravo TV Show