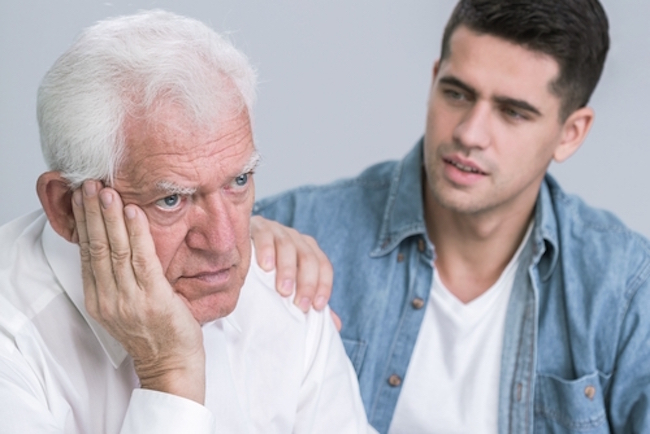 What is the color of your father’s eyes? A new study suggests the answer may hold the key to what attracts gay men to one another: yes, their eye color.

The “Positive Sexual Imprinting For Human Eye Color” study, conducted by the University of Glasgow, suggests gay men are twice as likely to be shacked up with somebody who has the same eye color as their dad.

This study meticulously studied the links between significant others and parents, delving into sexual attraction by apply the “sexual imprinting” theory, which wagers that humans pick physical characteristics in their mates that share commonalities with their parents.

More than 300 men and women were surveyed and asked to reveal the eye color of parents and partners alike. Those eye colors were then split into two categories: Light (grey, blue, green) or Dark (light brown, dark brown, and black.)

Basically, the research suggests gay men will be more attracted to guys who have the same eye color as their dad, and lesbians will be into women who share their mom’s eye color.