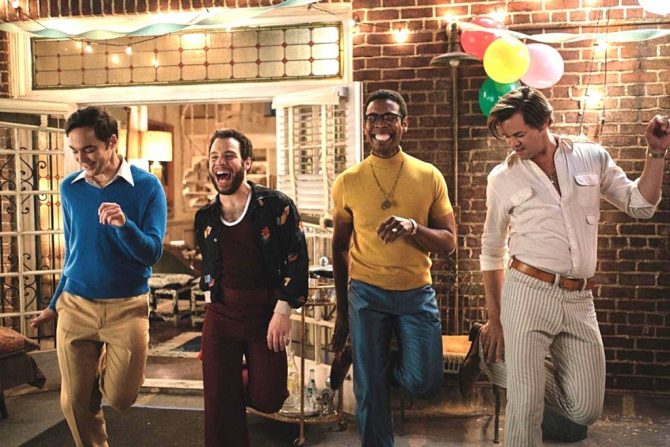 The long-awaited trailer for the even longer awaited new Netflix adaptation of The Boys in the Band has arrived. The first images of 1960s New York take us back to a very different time before the modern queer rights movement that began with the Stonewall Uprising.

As penned by playwright Mart Crowley, The Boys in the Band caused a sensation when it debuted off-Broadway in 1968. The play follows the interactions of a group of gay men over the course of a single, all-night birthday party. As the booze flows, tensions rise, and dark truths begin to overtake the partygoers.

Related: The all-gay cast of “The Boys in the Band” revival thinks there’s something you need to know

Alternatively praised for its humanizing portrayal of gay men and derided for its latent homophobia and self-loathing characters, the play has remained a polarizing work in the years since. Crowley eventually revised his text for a 2018 Broadway revival, which became the basis for this new, Ryan Murphy-produced version.

The new Netflix version of The Boys in the Band lands September 30. Mark your calendars now.