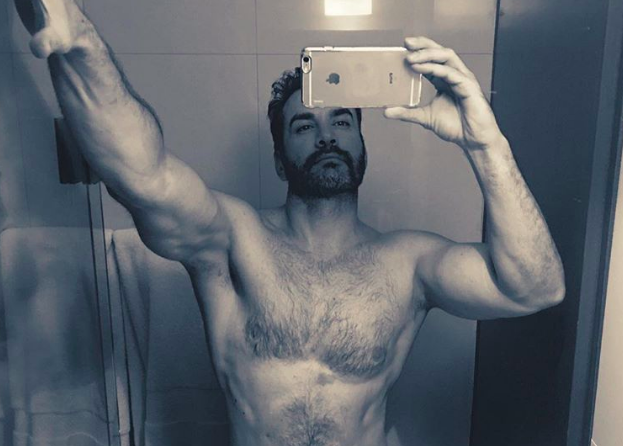 David Zepeda is a beloved telenovela star from Mexico with nearly 3 million Instagram followers and an additional 1 million followers on Facebook.

This week, multiple Spanish language media outlets reported that he had broken up with his girlfriend of eight years, Mexican actress Lina Radwan, after coming out as bisexual.

“David is bisexual,” an anonymous source claiming to be friends with Zepeda told the celebrity gossip rag TV Notas. “One day he told me: ‘I also like men’, but he can not freely exercise his preference because his family is from Sonora and is very old-fashioned.”

Now, the 45-year-old leading man has taken to social media to deny the rumors and hit back at the original outlet that reported them.

In a lengthy Instagram post, Zepeda says he rarely speaks publicly about his personal life, but he felt compelled to address the story, which he describes as a “fantasy” that was “invented” by someone with “a great imagination” but who “lacks honesty and professionalism.”

“Anonymity,” he continued, “is the most cowardly form of defamation.”

Then he stated: “I want to make it clear here that I am not gay and I am not bisexual, for me there is nothing more beautiful than women. Nothing.”

Zepeda added that he totally respects the preferences of others and cherishes all his friends and followers regardless of how they identify or who they love.

He concluded by calling out Carlos Flores Núñez, owner of TV Notas, directly, urging him to “be more respectful, avoid slander, and stop hurting those who have not done any harm.”