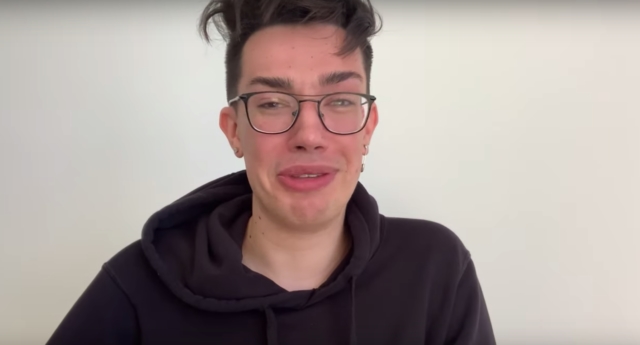 When it rains, it pours. Especially if your name is James Charles.

The 19-year-old CoverGirl model/makeup artist has been bleeding YouTube subscribers ever since shocking allegations were lodged against him by fellow influencer/YouTuber Tati Westbrook last week.

On Friday, 37-year-old Westbrook posted a video to her YouTube channel alleging Charles, who she once considered a friend, had a habit out of coercing straight guys into participating in gay sex acts against their wills.

In response, subscribers began leaving Charles’ YouTube channel in droves. First it was 1 million, then 2 million, and now he’s up to nearly 3 million unsubscribes and counting.

As a result, now holds the unique distinction of being the first-ever YouTube personality to lose over 1 million subscribers in a 24-hour period.

If that wasn’t bad enough, this week the online store where Charles sells his Sisters Apparel clothing line went dark.

On Monday, if you visited Sisters-Apparel.com, you were greeted with the following notice: 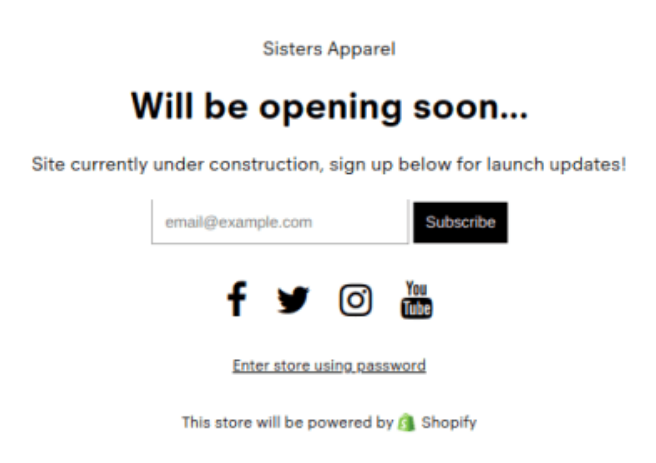 Now, the URL can’t even be accessed.

The brand has also vanished from its distributor’s website, Killer Merch, which is owned by fellow beauty influencer, Jeffree Star.

Over the weekend, 33-year-old Star called Charles a “danger to society” in a since-deleted tweet.

“There is a reason that [boyfriend] Nathan [Schwandt] banned James Charles from ever coming over to our home again,” Star wrote on Sunday. “There’s a reason why I haven’t seen him since @GlamLifeGuru’s birthday in February. He is a danger to society. Everything Tati said is 100% true.”

Give Star’s own history with fetishizing straight boys, however, the criticism didn’t land so well, which could be why he deleted the tweet.

ok so this isn’t me defending james charles at all, but jeffree star was 25 when he said this stuff and it seems pretty hypocritical of him to be tweeting and dragging james and adding his two cents when he’s said some disgusting shit in the past.. he should’ve just said nothing pic.twitter.com/4ASvepSbxZ

jeffree star deleted his tweets calling out james charles after all his predatory tweets were revealed. they are all trash. but jeffree is just on another level

jeffree star needs cancelled too considering he has:
– said the n word more than once
– grabbed a straight man's genitals
– tweeted ab justin beiber's dick when justin was 16
– sexualizes straight men A LOT
– joked about putting acid on a black person's skin to lighten it

In response to accusations he preys on straight guys, Charles released a video apologizing for his past behavior, saying, “I’ve been involved in a lot of very unique and strange situations that have left people confused or upset, and I learned the hard way about ways I can interact with boys I’m interested in.”

“This is a conversation that I know a lot of people are uncomfortable with,” he added, “and it’s something I should have been far more careful with, bringing into the public eye.”