Don’t be ashamed to ogle swarthy rugby star Thom Evans — because it’s for a seriously good cause. The smoldering photo, snapped by Daniel Jaems, will be auctioned off April 11 for British HIV/AIDS charity Terrence Higgins Trust.

Check out the uncropped image here, and imagine coming home to him every single night, which isn’t sad. 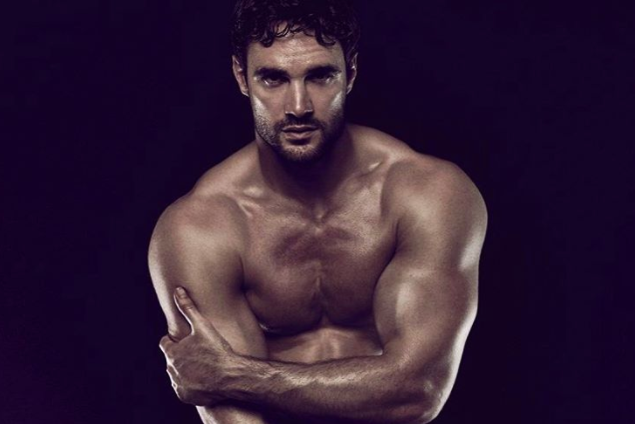 If you ever hoped to see Julia Andrews flit, flounce, and wantonly bound about with a gender-neutral puppet, you’ll want to see Julie’s Greenroom, her new children’s show. The world will soon get to know a very remarkable moppet who answers only to the name Riley, so respect that.

“If pressed, we’d say she’s a girl,” says Andrews’ daughter, Emma Walton Hamilton. “But maybe not forever. We wanted to be as diverse as possible…”

According to the The Washington Post, there’s gonna be a raucous disco party at the Library of Congress, and none other than Gloria Gaynor will be performing. Here’s everything you need to know about the event:

In May, Gaynor is coming to the Library of Congress, where she’ll perform in the Great Hall as part of the Library’s “Bibliodiscotheque,” a series of films, lectures and events celebrating the disco era, capped with — what else? — a late-night dance party in the historic Jefferson Building. All events are free and open to the public. Tickets will be available beginning at 10 a.m. on March 30.

Here’s a taste of the truth nuggets in store for those more adventurous (or less discerning) readers out there:

Sia — she of the golden pipes, the swinging chandeliers, the Shia LeBeouf interpretive dances, the black-and-white fright wigs — has been snapped by some enterprising paparazzi, minus the wig and sans Maddie Ziegler. You can see what she looks like on any regular day right here.

Or don’t click to keep the mystery alive for the sake of your boundlessly creative heart. Because you’ve got one.