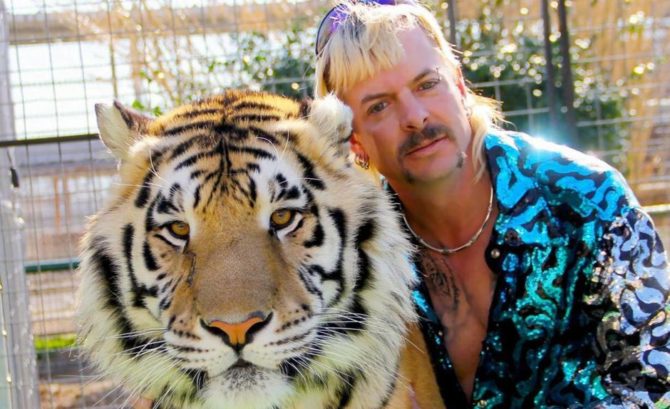 Tiger lover and convicted felon Joe Exotic landed himself back in the headlines this week after turning on his longtime political idol, Donald Trump. Exotic publicly blasted Trump for refusing to pardon him of his crimes.

Following the success of the docuseries Tiger King, Exotic had issued public appeals for a pardon from Trump. January 20, as Trump left office, Exotic even went so far as to have a limo waiting outside Federal Medical Center, Fort Worth (FMC Fort Worth) where he currently serves his sentence. Exotic had assumed Trump would issue him a last-minute pardon, and prepared to leave the correctional center.

Ultimately, however, the pardon didn’t come. Exotic has since issued a statement on Twitter tearing into Trump for ignoring him. “I was too innocent and too GAY to deserve a Pardon from Trump,” Exotic tweeted. “I only mattered to Don Jr. when he needed to make a comment about me to boost his social media post. Boy were we all stupid to believe he actually stood for Equal Justice? His corrupt friends all come first.”

Joe Exotic (real name Joseph Maldonato-Passage), is currently serving a 22-year prison sentence for a 2018 conviction on 17 charges of animal abuse and two charges of murder-for-hire for an attempted hit on his nemesis and Tiger King co-star, Carole Baskin.