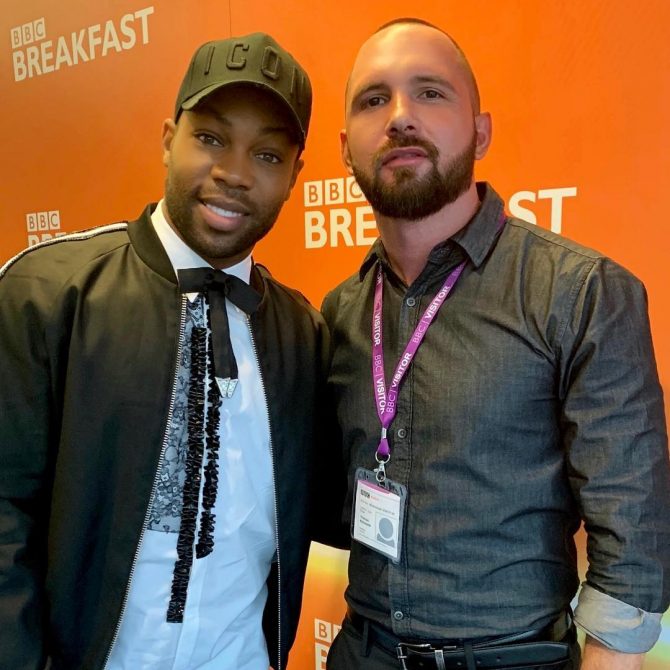 “I don’t want anything out of this,” he tweeted on October 19. “I just want people to know he is a very bad person. He manipulates, hurts & deceives anyone he can use because he is a narcissist. I have many receipts- I produced a docu-series on him. Stay tuned.”

McKissock wrote that he has been “silent for so long” because Hall threatened him “severely.” But now he’s “not scared” of the American Idol alum attacking him online. “He settled his own sexual harassment lawsuit with a former tour manager as well,” he added. “The details are gross.”

I was @Todrick Hall’s personal assistant for years and I know every detail of his life including deliberate non-payment to people, racism, sexual assault, sexual harassment, online bullying, exploitation, illegal business practices…. the list goes on. P.S. I NEVER SIGNED NDA ? pic.twitter.com/NyY8RWhBoh

He retweeted other users’ allegations that Hall said his backup dancers were “too chocolate,” and he wrote, “After @Todrick became friends with @taylorswift13, he said to me, ‘Taylor’s assistant would not be wearing a fitted hat or Jordan’s. I need you to start looking more white because you look too ethnic and ghetto.’ ACTUAL QUOTE and NO HAT rule went into effect.”

McKissock also included Chester Lockhart, an actor featured in the “Nails, Hair, Hips, Heels” music video, in his accusations. “I remember when I was on tour with @todrick during Straight Outta Oz and @chesterlockhart aggressively came behind me on the tour bus and put his hand down my pants and grabbed my dick,” he wrote. “In the legal world, they call this sexual assault and todrick punished ME after I told him.”

Additionally, McKissock shared screenshots of what he says is “a sexual harassment lawsuit @Todrick settled earlier this year.”

For his part, Hall has yet to publicly comment on the allegations.