Attention all those who love sushi and men in speedos…

The city of Tokyo, Japan has announced passage of a bill aimed at protecting the rights of LGBTQ people within the city. The reason: the 2020 Olympic games will take place in the historic city, and the Metropolitan Government wanted to assure the world that all athletes will be treated with proper respect. Russia, take note.

The new bill prescribes protections for people on the basis of sexuality or gender identity, and goes a step further by establishing new LGBTQ rights education programs for city officials. 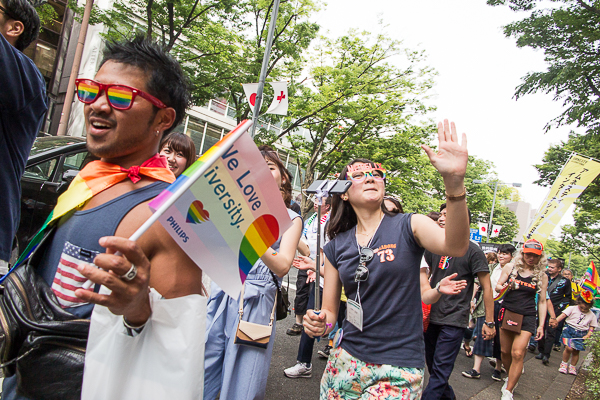 “Japan is proud to host a human rights-friendly Olympics in 2020, and the government should use the next two years to pass laws and carry out policies that comprehensively protect everyone,” Doi said. Doi hopes that the larger government of the nation will also institute more LGBTQ protections. At present, federal law does not protect against discrimination on the basis of sexual orientation or gender identity, and the country has yet to legalize marriage equality.

Still, the city policy marks the latest in a trend of protections for queer people in Tokyo. Earlier this year, the city began work on a homeless shelter for LGBTQ people, as well as a Pride House to host gay athletes during the Olympics.