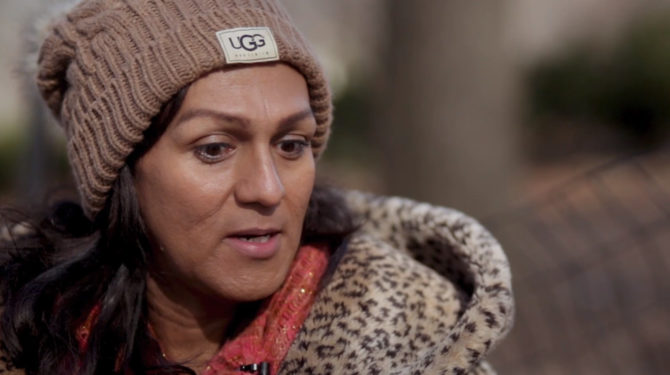 A New York transgender woman has accused three police officers of mocking her and arresting her in pink handcuffs. The New York Civil Liberties Union filed a suit against the officers on her behalf.

Cosmetologist Linda Dominguez claims police stopped her walking through a park in April of 2018. At the time, she claims, she gave the police both her current and former name. Police then arrested her for false personation & trespassing and, Dominguez alleges, deliberately misgendered her. She also claims the police handcuffed her in pink handcuffs and left her in a cell overnight.

“The policewoman looked at me as if there was something wrong with me because she looked at me so ugly,” Dominguez says. “They mocked me, [saying:] ‘That a man, that’s not a man, what’s that?’ I went through so much trauma being arrested in this way. It really was a horrible experience.”

Dominguez also claims she suffered suicidal ideation after the incident.

Last August, a New York court dismissed the charges against the officers. A spokesman for the NYPD also released a statement regarding the charges: “the NYPD has carefully and thoughtfully designed and implemented effective policies, training protocols, outreach initiatives, and disciplinary processes. The NYPD will continue to communicate and collaborate with the LGBTQ community as we seek to further strengthen our relationship with all of the communities throughout the City that we protect and serve.”