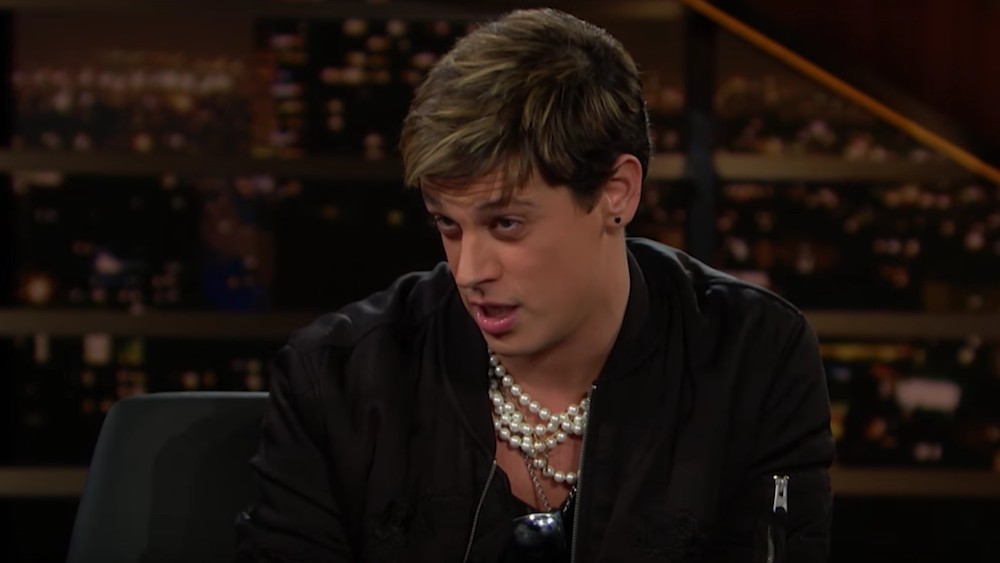 Gay alt-right troll Milo Yiannopoulos is in serious financial trouble, you guys. According to The Guardian, he’s more than $2 million in debt. So let’s take a second to treat Milo with the sympathy he deserves.

Yesterday, LGBTQ Nation reported that leaked documents from Australian court proceedings showed Yiannopoulos owing $52,000 to the Four Seasons for his Hawaii wedding and over $153,000 in legal fees to Meister Seelig & Fein, the law-firm that represented him in his failed lawsuit against the publisher Simon & Schuster.

You may recall that Yiannopoulos tried to sue Simon & Schuster for refusing to publish his book, Dangerous. Yiannopoulos claimed that they withdrew their offer because of his comments approving of child rape. But Simon & Schuster replied by basically calling his book a piece of unpublishable adolescent trash.

The Guardian says Yiannopoulos also owes “$1.6m to his own company, $400,000 to the Mercers (his former patrons) … $76,574 to former collaborator and Breitbart writer Allum Bokhari, and $20,000 to the luxury jewelry brand Cartier.”

In one of the leaked documents, Yiannopoulos admits, “I am less financially secure, more panicked and stressed, and more miserable than when we started.”

Now let’s take another second to play “My Heart Breaks for You” on the world’s tiniest violin for Milo.

Yiannopoulos told The Guardian that the leaked documents refer to “company debts, not personal.” He added, “I’m doing fine and bringing in $40k U.S. a month.” But even if that’s true, that means his company is on the skids, which is still great news.

To be clear, we’re not mocking his poverty — we’re mocking his failing career as a toxic hatemonger.

Yiannopoulos has apparently been trying (unsuccessfully) to organize a hate tour through Australia alongside fellow hate-trolls like Ann Coulter, Proud Boys founder Gavin McInnes and Fraser Anning, an Australian senator who once called for a “final solution” to immigration. (Note the none-too-subtle Holocaust reference there.)

Luckily, the tour has fallen through three times already.

Yiannopoulos now says that he’s joining the “Deplorable” tour organized by the skin mag Penthouse Australia. It’ll be interesting to see if the country denies him entry just as they’ve recently done with McInness.