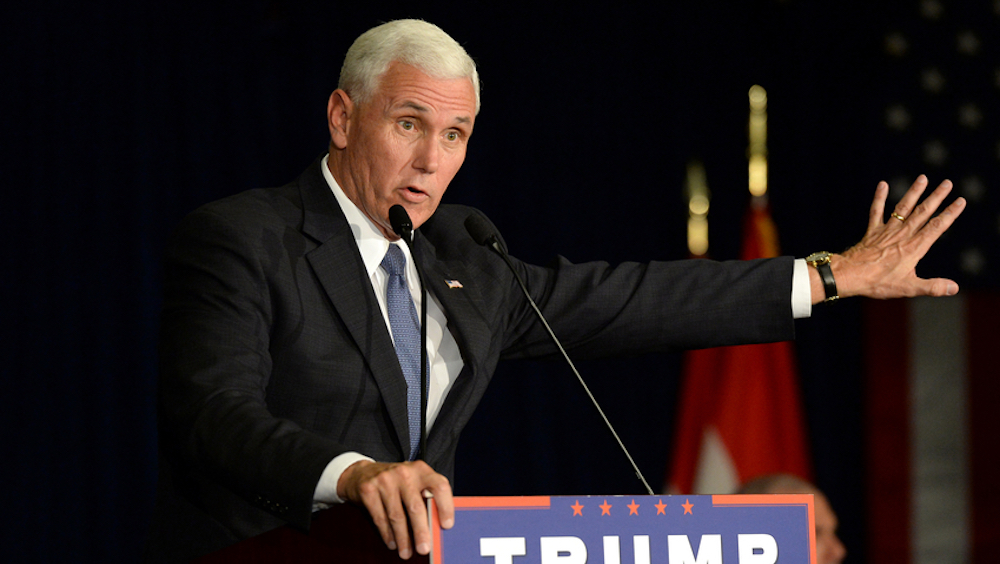 Billy Stoltz — one of the gay owners of The Caribou Club in Aspen, Colorado — is reportedly allowing his club to be used for a fancy fundraiser for antigay Vice President Mike Pence. The event is expected to raise $875,000 for Pence and the Republican National Committee as they try to get Herr Trump re-elected alongside a bunch of other elephants.

Bob Jenkins, vice chair of Pitkin County Republicans, said he’ll not reveal the event’s location, stating, “If people know, there will be protests. It increases security (demands) drastically. Why do we Republicans want to create extra costs for the city of Aspen?”

Related: 6 times Mike Pence got his hilarious and well-deserved comeuppance

Allow us to answer that question for you, Mr. Jenkins.

Pence has used the Bible as a pretext for firing queer employees, has given a keynote address at an anti-LGBTQ hate group conference, refused to mention LGBTQ people during his World AIDS Day addresses, gave a speech at a conference about “how gender ideology harms children,” is rumored to be one of the chief architects behind the transgender military ban and the ban on Pride flags at U.S. embassies during Pride month. Oh, and his wife works at a school that bans LGBTQ people.

So yeah, him being at a gay-owned venue might be a little weird, to say the least.

But perhaps Pence will meet with gay protestors anyway, despite the GOP’s desire to keep this event a secret. As The Aspen Times points out, “The last time Pence visited Aspen — in December 2017 — neighbors of the Owl Creek-area home where he stayed displayed a rainbow ‘Make America Gay Again’ banner on a pillar near the home’s driveway.”