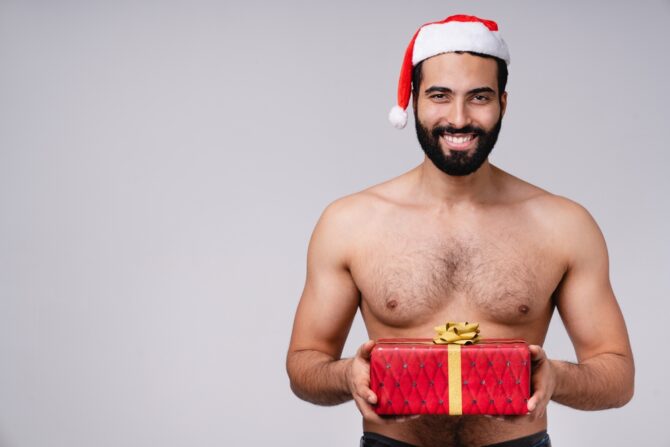 Are you panicking because you still have some last minute shopping to do and you’re not sure what to get your favorite queer friend, partner, or lover? Fear not! We’ve got you covered with a gift guide full of presents that promise to deliver. But move quickly, because time is running out and you don’t want your loved ones to do without.

What better gift for the bottom on your list than a CBD suppository to keep everything, ahem, nice and relaxed? While there remains some skepticism among experts, plenty agree that CBD is a nice addition to one’s usual sex life. So it’s worth a try, right? According to Mello Bottoms, their CBD suppositories are “blended with all-natural, organic coconut oil, organic hemp oil, and frankincense oil for a luxurious texture that works in harmony with your body,” and they say you should feel the effects in just ten minutes.

Gender-neutral clothing from The Phluid Project

The Phluid Project opened its doors in New York City in 2018 with the stated goal of bringing a gender free shopping experience to the world. While the store closed in 2020, their e-commerce arm continues to flourish. The queer-owned company has plenty of products to choose from, including some some fantastic apparel for anyone on your list, regardless of gender identity. For instance, take a peek at their “Gender is a social construct” tee, which sends a simple message in a simple way, with a basic yet eye-catching design.

A post shared by Tom of Finland Store (@tomoffinlandstore)

Tom of Finland is a brand known for making strong impressions, and their 2021 Christmas ornament is no exception. While it won’t be everyone’s idea of the best way to trim a tree, since you’re here there’s a good chance there’s at least one person on your shopping list who might adore this very special ornament. Oh, and don’t forget to grab some butt plug wrapping paper for the ultimate presentation.

Picking a scent is a personal experience, and queer-owned company Boy Smells gets that, which is why they created the fine fragrance gift experience. The lucky recipient will get six sample fragrances (Marble Fruit, Rose Load, Flor De La Virgen, Tantrum, Violet Ends and Suede Pony), in 1.5ml sample size bottles, which they can then wear and pick from, giving them the chance to decide which suits them best. They can then take the gift code you send them to add a full size bottle of the scent of their choice at no cost to them.

Punch Me Up to the Gods: A Memoir by Brian Broome

Brian Broome’s coming-of-age memoir about Blackness, masculinity, accepting one’s sexuality, and addiction has received critical acclaim all over the place, including winning the Kirkus Prize, Publisher’s Weekly Best Book of the Year, and listed as a New York Times editors’ pick. It’s the perfect choice for the bookworm on your list. Grab a copy from queer-owned book sellers Loyalty Bookstores, or from your favorite local shop.

Nowadays just about every beauty influencer has their own cosmetics line, but they are not all created the same, to say the least. Angel Merino, a.k.a. Mac Daddyy, set a high standard when he launched his indie makeup line Artist Couture, which has since partnered with industry powerhouse Sephora. Among the line’s many popular products are their diamond glow powders, including the Diamond Luxe Luminizer: Glow Money powder. The yellow/gold highlighting powder is infused with reflective pearls, so it is a must for the fancy, cosmetically-inclined loved one whose name is still popping up on your Christmas list.

Fluide describes itself as “a mission-driven beauty brand that creates vegan, cruelty-free and paraben-free cosmetics designed for all skin shades and gender expressions.” And their blue holiday collection fits beautifully within that motto, with 10 percent of proceeds going to the Ali Forney Center. Included in the set are the Sugarplum blue lipstick, Big Bang Mascara in Cerulean, Universal Liner in Lil Dipper, Aura Glitter in Eclipse, and the 7-Free Polish in Neptune’s Cove. 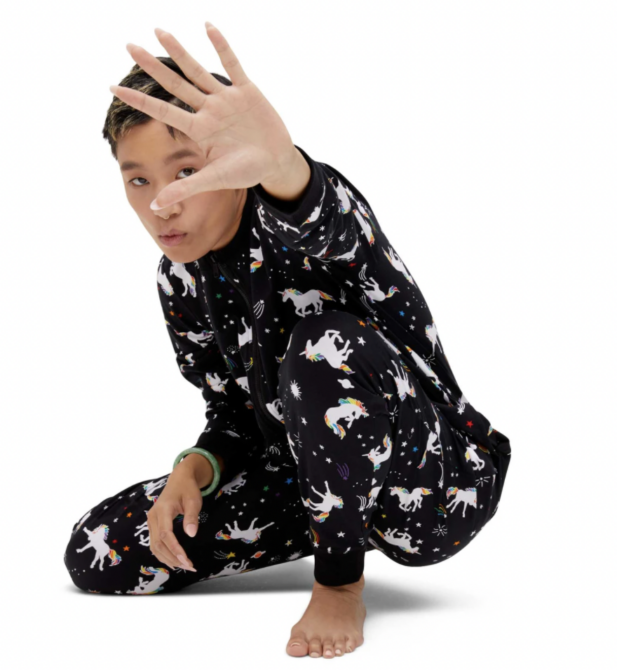 TomboyX is yet another queer-owned company worthy of your yuletide shopping dollars this year, with gender-neutral apparel perfect for favorite man, woman, or nonbinary cutie. Their black rainbow unicorn onesie looks super comfy and adorable.

Equator Coffees offers up its holiday blend for the caffeine fanatic in your life. The company describes the medium-light roast as “bright and inviting” and it features flavors of apricot, candied orange, clove, cinnamon, and fudge in the finish. Oh, and did we mention it’s LGBTQ-owned? 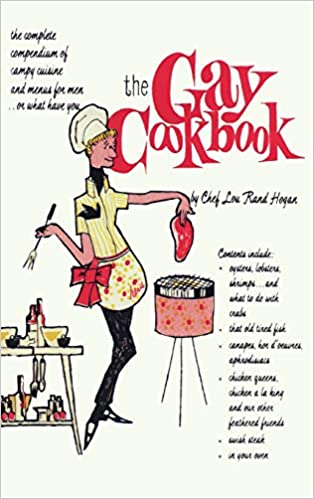 Last but not least, when Chef Lou Rand Hogan (a.k.a. Louis Randall) published The Gay Cookbook in the 1960s, a few years before Stonewall, it created a minor stir. According to Atlas Obscura, Time magazine published an anonymous article around the time of its publication that used its existence as worrisome evidence that gay people were beginning to embrace their identities instead of looking for a “cure.” The book celebrated an image of gay couples cooking delicious meals for one another, as well as their guests. That such a quaint book, which is filled with campy humor, could be seen as dangerous shows how far we’ve come. Thankfully, it has been recently reprinted and can be purchased on Amazon.