Ryan Phillippe casually demonstrates that he’s hotter than ever in a new Men’s Fitness spread (and cover), showing the world what 42 can look like in 2017. 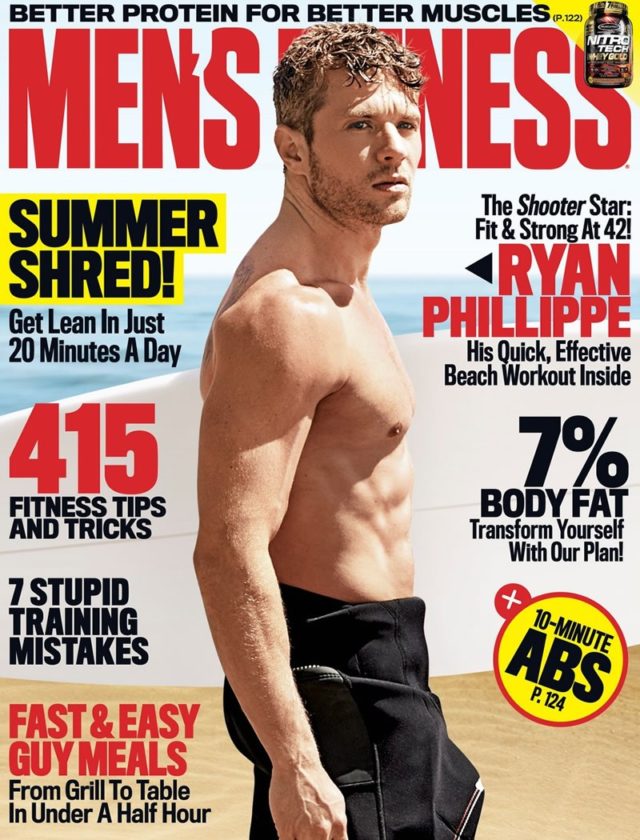 This week, Brad Pitt and Stephen Colbert shared their lofty dreams and asked all the difficult questions while snuggling up on a blanket and plaintively searching the stars for spiritual guidance and support.

Jussie Smollett has a confession to make: Left to his own devices, he’d leave all his clothing in a rumply pile on the floor, as he prefers being, like, fully naked.

“I’m a T-shirt and jeans type. I wouldn’t even wear clothes if I didn’t have to. Ha, ha! But I do like to put on a suit and feel like Sidney Poitier or Cary Grant every once in a while.”

When you're given a million reasons to cry… Find 1 reason to laugh. It makes the world a bit better and damn sure makes your stomach look better?. Love y'all. Missed you. ? @quainphoto

Legendary act Orchestral Maneuvers In The Dark are back with another album and a new single, “La Mitrailleuse,” which suggests The Punishment of Luxury might showcase their jauntily experimental side, a la their “lost classic” album, Dazzle Ships, from 1983.

And if you don’t know what OMD have been up to since (or before) “If You Leave,” check out their 2013 single “Metroland” below. They’re hugely underrated.