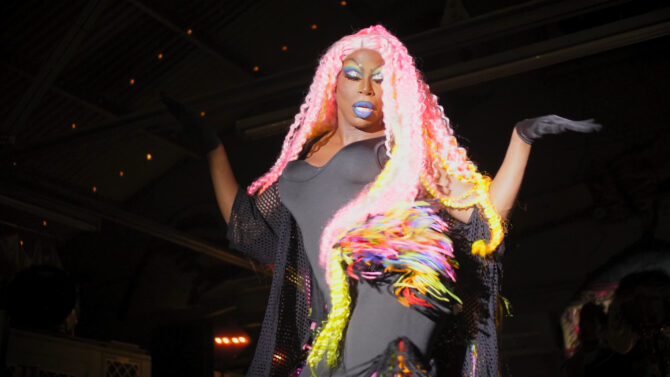 As anyone who’s spent time living in New Orleans can tell you, Mardi Gras is far from the only party in town.

In fact, if you’re looking for something much more queer and colorful (and fun), you simply can’t miss the legendary Southern Decadence, a six-day celebration of identity and “gender f*ckery” that showcases the full diversity of arts and culture in the historic Louisiana city, culminating in a raucous parade through the French Quarter every Labor Day. “If you’re not a part of this weekend, you’re not a part of living here.”

For nearly fifty years, Southern Decadence has kept the party going, warmly welcoming the broader LGBTQ community to join in on the festivities while carving out space for queer artists of color in particular. Even if you’ve never had the pleasure of attending, there’s now a documentary that aims to give audiences an all-access pass to the festival that’s as eye-opening and enlightening as it is beguiling and wild. 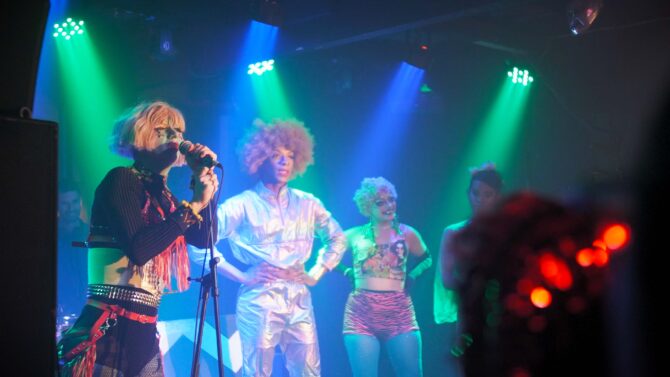 From filmmaker Stuart Sox, To Decadence With Love is a behind-the-scenes look at Southern Decadence through the eyes of drag artists Laveau Contraire and Franky Canga—who also serve as executive producers on the film—as we watch them prepare for one of the biggest weekends of their year.

“The way I see it, Southern Decadence is a vessel through which you can experience all kinds of pleasure, art, culture and enjoy being queer in whatever way that looks like for you,” Sox tells Queerty, who says he’s known about and admired the event ever since he came out. “Our film is a celebration of that and I’m immensely grateful Franky and Laveau agreed to bring this idea to life with me.”

To Decadence With Love wouldn’t be what is is without Franky and Laveau as its charming guides. While Franky admits it was nerve-wracking to invite a film crew into their lives, they share that Sox was “one of the most caring filmmakers I’ve worked with—he made the experience feel authentic and not exploitative.”

Laveau, on the other hand, had no such reservations: “Drag during Decadence is pure chaos, so as long as the cameras could keep up, it was all fine with me!”

Both artists relish the opportunity to have themselves and their art shown in “the truest light”—as well as the rest of the POC performers who bring their all to Southern Decadence year after year. 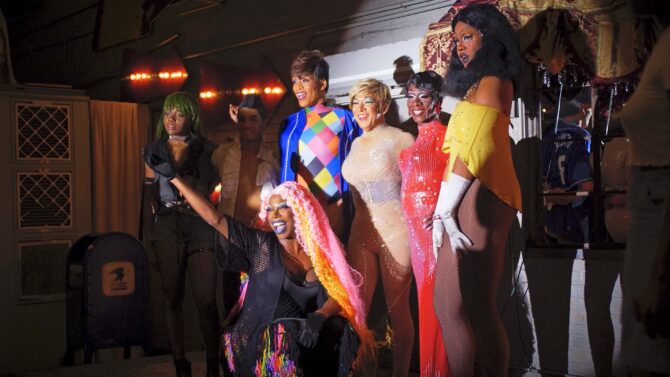 The director reveals that his initial idea was to tell the story of the event itself and its history in New Orleans, “but I eventually realized what I really found fascinating were the people who make Southern Decadence what it is.”

While the more tourist-y version of the experience focuses on the debauchery and drinking, Sox was compelled to dig deeper. “There is this whole other world of the festival that revolves around the community of performers and those working in the gig economy who rely on the money they make from this weekend to make ends meet.”

The end result is a highly entertaining documentary that’s both hopeful and celebratory in the face of the anti-LGBTQ legislation that’s been sweeping the nation in 2022. “[It all] feels like the last desperate attempt to derail the accomplishments and advancements of LGBT people,” says Franky. “This documentary is a reminder of the determination, creativity and magic that we possess as a community.”

Laveau views the goals of the film similarly: “I hope that audiences see that we are just like them. We live, we laugh, we love all the same… just way more fashionably. New Orleans has a such a beautiful queer community and I hope that we can set an example for other folks in the South how to love one another in spite of our differences.”

“This documentary is a reminder that we’re here and we’re not going anywhere!,” adds Sox.

After premiering at the 2020 New Orleans Film Festival (where it was jury-awarded), To Decadence With Love spent 2021 screening at film festivals across the country. The film is now widely available across streaming platforms and lands on the Starz channel today, June 1, so you can check it out for yourself.

Watch the full trailer for To Decadence With Love below, and find links to streaming options here.