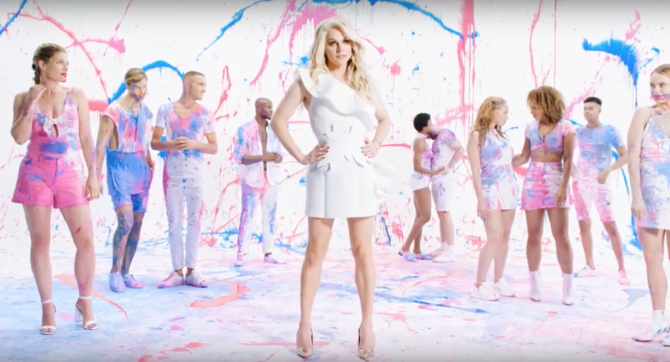 In the 10-part series — airing on E! UK & Ireland — a group of bisexual, pansexual, fluid, or questioning British singletons will shack up in Barcelona in hopes of finding love.

“The Bi Life is a modern dating show for a modern generation of daters,” executive producer Ros Coward explained, per Deadline. Coward added that a show with this kind of diversity is “long overdue.”

Courtney Act, a.k.a. Shane Jenek, elaborated on the show’s importance: “It’s high time there was a dating show for the large number of young people today, like me, who are attracted to more than one gender. In 2018, we know that sexuality is fluid, and sharing the stories and experiences, the laughter, and the love-making of young bi people is so important. So get ready to see the true stories of bisexual singles, who are the largest part of the LGBTQ+ community but the least known.”

The question now is, will this show succeed where its predecessors have failed? Queer dating shows are few and far between, and they haven’t captured the success enjoyed by by their heterosexual counterparts — including, most notably, The Bachelor and its many offshoots.

For example, the 2003 reality show Boy Meets Boy — in which the hapless gay bachelor didn’t know some of his suitors were actually straight — aired a solitary six-season season on Bravo before vanishing without a trace.

Related: How has the mainstreaming of gay culture affected our queer TV shows?

13 years later, Logo renewed queer viewers’ hopes with Finding Prince Charming… if not their belief in love. (Leading man Robert Sepulveda and winner Eric Leonardos broke up shortly after Season 1 wrapped.) The production team put out a casting call for a second season, but that was nearly two years ago, and Season 2 still hasn’t materialized.

Third time’s the charm? Our fingers are crossed that The Bi Life will be a hit. We Yanks would love for it to air it stateside, bisexual folks everywhere deserve better representation in the media, and the world needs more than just two queer dating shows.