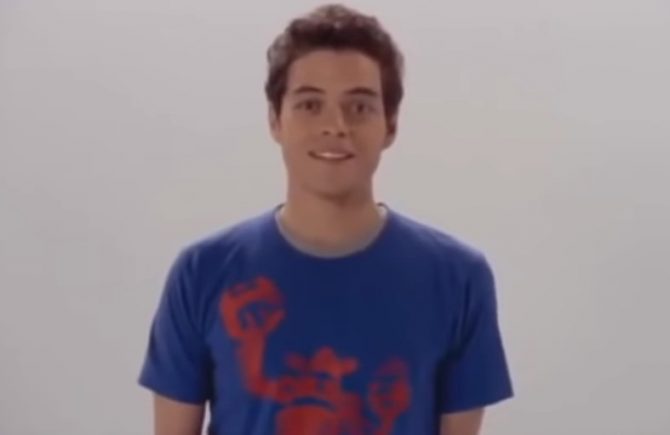 Long before Rami Malek slipped into Freddie Mercury’s teeth for Bohemian Rhapsody and brought the famed queer rocker back to life, and before his star-making role as the awkward tech wiz Elliot on USA’s Mr. Robot, he played gay teen Kenny on the Fox sitcom The War at Home. Who knew?!

The War at Home ran for two seasons from 2005 through 2007 and focused on the Golds, a wacky Jewish family on Long Island.

Kenny, Malek’s character, is an Arab-American teen who comes out in the second season. His parents kick him out of his home and he comes to live with his friend, Larry Gold.

“I’d like to say I was a genius at casting,” The War at Home creator Rob Lotterstein tells THR. “But sometimes it’s just so obvious when someone walks in the room how talented they are and they basically cast themselves — and that was Rami.”

“It was a challenge for Rami playing this character,” Lotterstein adds. “He was given this big responsibility of being a teen character coming out of the closet on network TV. It really elevated the show to some of our best work.”

Check out a supercut of Malek’s work on The War at Home: