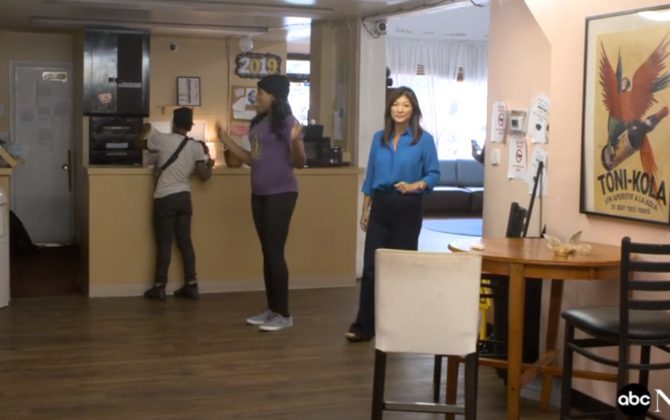 Catching up to reality, the ABC News program Nightline has investigated the epidemic of American violence unleashed on transgendered people since Trump’s election, especially trans women of color, and the result is nothing less than devastating.

Hosted by reporter Juju Chang, the segment focuses on a group of trans women living in Dallas, doing a deep dive on the story of  22-year-old Muhlaysia Booker. In April, a crowd of bystanders stood and watched as a man attacked and beat Booker following a minor traffic accident. Passers-by filmed the incident, videos of which went viral.

However, onlookers only intervened after the beating had rendered Booker unconscious.

Following the attack, Booker made an eloquent public plea for an end to violence and acceptance of trans people. A few weeks later, she was murdered.

Booker is one of at least 18 trans women of color murdered this year, although the Human Rights Campaign say at least three-quarters of crimes against trans people go unreported.

The ABC report also details an attack against Denver resident Amber Hernandez, a Latina trans person who had her jaw shattered during a beating by a group of men. The attackers have so far eluded arrest.

Pose star Dominique Jackson is quoted about the culture of violence, offering anecdotes from her own experience as an African-American who is trans.

The segment should provide a rallying cry for anyone who cares about human rights, and an ominous warning about the dangers of Trump-era bigotry.

Have a look at the Nightline segments below, courtesy of ABC News: