Janelle Monae tries her hand at leading a TV series with this second season of the Amazon hit. Monae replaces Julia Roberts in the leading role, as Season 2 is largely a self-contained story with only a few tangential connections to the first. Monae plays a woman who awakes with no memory. She begins a quest to recover her identity, which leads her to the mysterious Geist Group, a corporation that has developed a mind-erasing drug. More than that we’ll not reveal here, as a good chunk of the fun of Homecoming comes from the potboiler mystery that drives the plot. Monae delivers a nuanced performance, and proves she can handle a dramatic lead. Hong Chou, Stephan James, Joan Cusack and Academy Award-winner Chris Cooper also star in this very gay story.

Streams on Amazon May 22.

Speaking of the magnificently queer, HBO Max launches May 27 featuring this ballroom dancing competition as one of its inaugural programs. No, not that kind of ballroom dancing. Legendary plays more like reality competition version of Pose, complete with rival houses, voguing, and no shortage of gender fluidity. Real-life ballroom vet and sometime Pose guest star Dashaun Wesley brings his talent (and his amazing cheekbones) to the series as host.

Comedienne Hannah Gadsby took the world by storm in 2018 with her Netflix comedy special Nanette. Now she aims to do it again with her follow-up, Douglas, so named to honor her dog. Douglas features Gadsby talking about her newfound fame, finds humor in her struggle with autism, and answers her critics who thought Nanette landed more as a lecture rather than stand-up comedy. In an odd twist, she agrees, which helps set the tone of the show. We’ve seen the full special and can attest: we found it much funnier than Nanette, particularly Gadsby’s insight into Renaissance paintings. Trust us.

Streams on Netflix May 26. 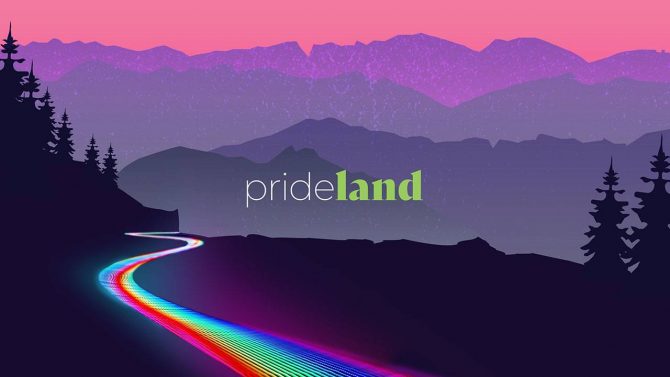 Pose star Dyllon Burnside tries his hand at hosting duties with this new series from PBS. Each episode of Prideland finds Burnside traveling to different cities in the American South to meet with members of the LGBTQ community, and to highlight the challenges that still face queer people there. Burnside also meets with community leaders to personalize those stories. We’re pretty sure it’s no coincidence that Prideland arrives just in time for Pride Month, and as well all celebrate from home during lockdown, the series offers a gentle reminder of how for the community has come, and how much work we have left to do.

The Read: Married Men Coming Out

A Queerty reader tipped us off to this book from author David Christel which, as the title implies, recounts stories of LGBTQ men who have come out of the closet while in heterosexual marriages. Christel compiled the book from a support group he ran for men coming out and it offers a good deal of empathy for men who have found themselves coming out later in life. Part coming out guide, part chronicle of queer history, Married Men Coming Out offers assistance to anyone peeking out of the closet, and to any of us who want to help a friend throw open the door.

The Jam: Foxes “Love Not Loving You”

Brit-pop songstress Foxes returns with her first single in three years this week, a peppy liberation tune about ending a relationship. “Love Not Loving You” takes a moment to get rolling, but has a chorus designed for driving with the moon roof open and sipping cocktails with friends in the sun. It reminds us of early 90s dance-pop, which is just the kind of tune we love as summer kicks off. 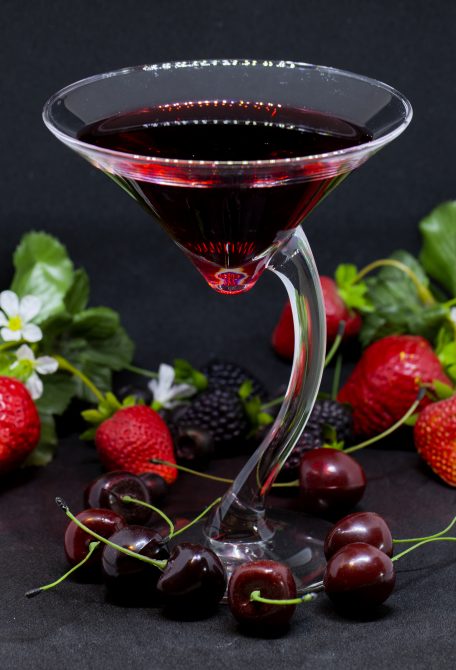 In honor of Homecoming‘s Ms. Monae losing her memory thanks to some berries, we suggest a libation with similar properties, though one much more fun. This fruity and potent cocktail will have you ready to dance along with the voguers of Legendary or rocking out to Foxes’ newfound single life.

Boil strawberries, blueberries, and water to a simmer for about 15 minutes, or until syrup turns a dark magenta color. Strain out the berries and add sugar until fully dissolved. Add syrup and remaining ingredients to a martini shaker with ice. Shake well and serve.