Kathleen Turner plays a homicidal suburban mom in John Waters’ delectably campy 1994 classic Serial Mom, which just received a souped-up Blu-ray release! Its just one of the highlights of this edition of our biweekly What To Watch, covering theatrical, home video, and TV/cable/streaming!

Now for trailers and details!

A lo-fi sci-fi, writer/director/star Ela Thier’s dramedy sees Shaina, a historian from the year 2592, time travel back to 2015 and get stranded due to a mishap. Coming from a future, utopian society where all horrible things have been eradicated – war, poverty, sorrow, etc. – and kindness and compassion rules, she is in for serious culture shock. Cue zany and heartbreaking encounters with New Yorkers of all stripe – including Antonio, played by out actor Memo – plus Shaina’s rather cool, shape-shifting tech device put to various uses. Opens May 5th at NYC’s Cinema Village and Los Angeles’ Laemmle Music Hall, and May 12th at Fort Lauderdale’s Savor Cinema and Saint Augustine’s El Corazon.

(May 7th at ImageNation, NYC)

Meth addiction continues to rage in the LGBTQ community, and seems to have really caught on with black and Latino millennials of late. Director Michael Rice’s personal and urgent documentary confronts this problem by putting faces on these growing statistics, and via some uncomfortable, intimate, and humanizing footage, really gets into the issue and the young men at risk. The world premiere screening will take place in NYC at ImageNation on May 7th at 7:30pm.

John Waters’ oft-quoted 1994 horror-comedy – which the director says is his best film, during the extensive extras – stars Kathleen Turner as Beverly, a Baltimore suburbanite mother of two who secretly murders those who offend her code of ethics and standards. Satirical and sometimes bloody, this is fun stuff as Beverly’s family slowly grows suspicious of her homicidal habits – it’s so Dexter! – and she continues to rack up a body count. The SHOUT! Factory’s souped up release includes a new conversation between Waters, Turner, and co-star Mink Stole (whose prank call scenes are as hysterical as ever), who dish candidly on the film’s making, with even more facts shared on a pair of audio commentaries, and several featurettes.

Director So Yong Kim’s latest feature is a showcase for actress Jena Malone, who shines as Mindy, a woman who reconnects with estranged friend – and now mother – Sarah (Riley Keough) to take a road trip. Feeling stifled and neglected by her husband of late, Sarah gleefully takes Mindy up on the opportunity, and so a connection is forged again… and also some long untapped fire. But where will the road lead exactly? Extras include an interview with the director.

I Am Not Your Negro

Nominated for a 2016 Best Documentary Oscar, director Raoul Peck’s award-winning documentary is based on and brings to life James Baldwin’s “Remember This House,” which the iconic gay black author never completed and essentially exists as just notes. Baldwin’s own words, sometimes read by Samuel L. Jackson, guide this incredible, profound, and powerful cinematic essay, while also giving life to Baldwin himself through clips and other footage. Extras include Q&As with Peck and Samuel L. Jackson.

The work of UK street artist Banksy has become so valuable on the art market that it has both redefined what graffiti entails, and is often plundered right after its installation to be sold and bought. Director Colin M. Day’s documentary examines the greed around Banksy’s work and struggle to honor the reculsive (actually, secretive – nobody knows who he is!) artist’s work accessible to all. The DVD edition extras include a behind the scenes featurette and additional interviews.

Having made its North American premiere at SXSW last year, this India-set gay love story is a watershed for LGBT-themed cinema, as homosexuality is still illegal in the country and positive same-sex cinematic representations in short supply. Shot mostly in secrecy over just 16 days, writer/director Sudhanshu Saria’s drama tracks the road trip through scenic Maharashtra of two reunited friends: New York Wall Streeter Jai and Mumbai-based music producer Sahil. During the trip, the nature of their friendship will come into play, as well as the societal homophobia that prevents too many people from being together. A complicated and touching film, with a bittersweet edge: sadly, it’s worth noting that actor Druv Ganesh, who plays Sahil, passed away from tuberculosis in January 2015. A worthy watch. 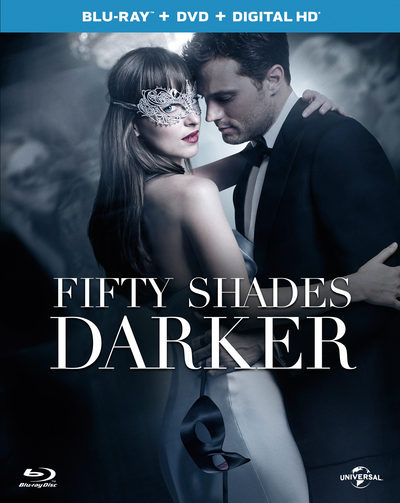