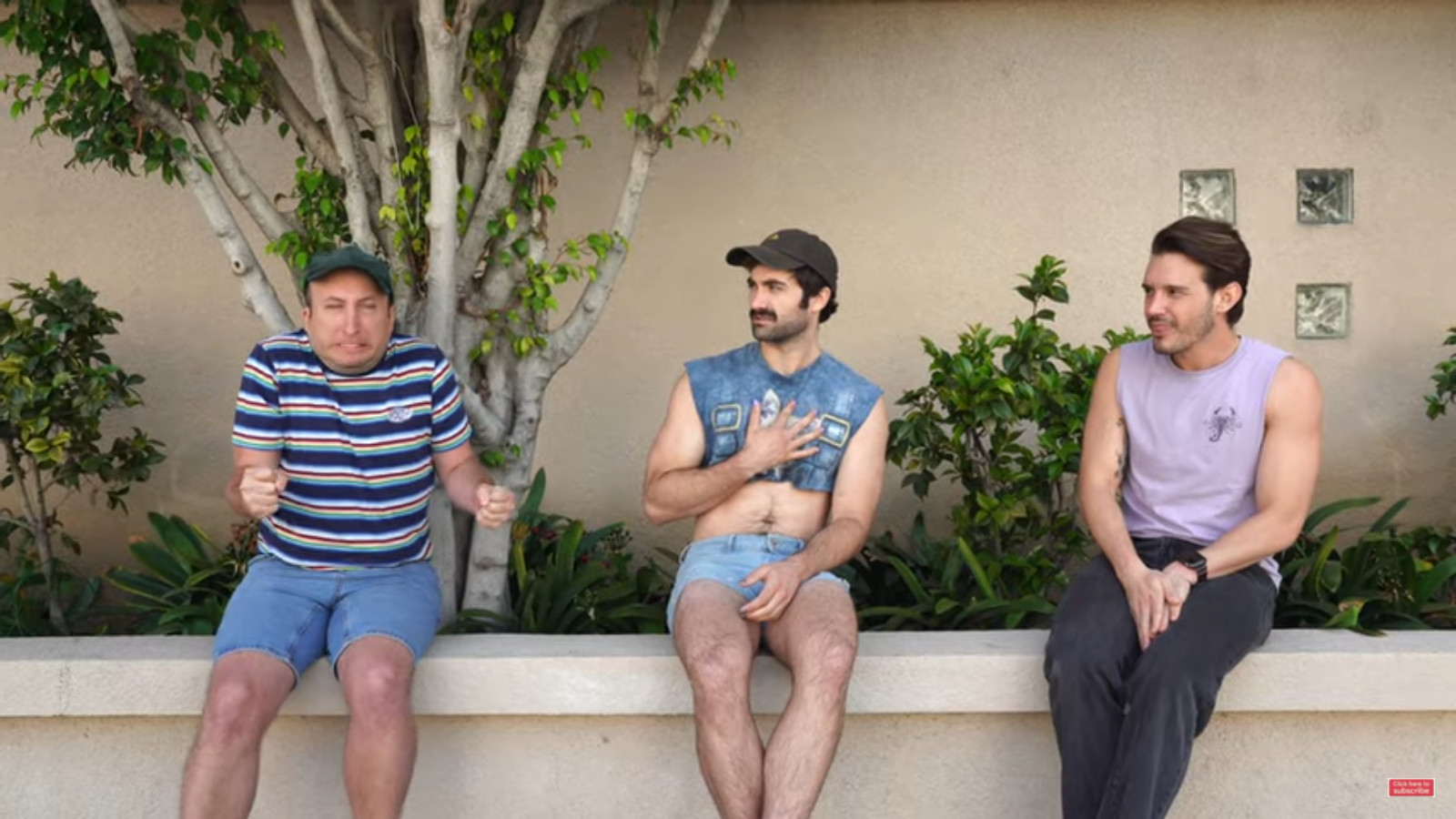 Comic Michael Henry has once again waded into the realm of gay sex education, and, once again, we’re in stitches.

“I feel you,” Michael adds. “Every time I bottom I’m white-knuckling that headboard going heeeaacchhh…grrrr…”

“I love it,” Michael contends.

“Thinking that you have to have penetration in order for it to be considered sex is based on heteronormative culture,” Kenny explains. “There’s a lot more guys out there that are sides than you think.”

Hey, we get it. We’ve had a very good time with sides in the past.

Have a look at the video, and prepare to try something new.