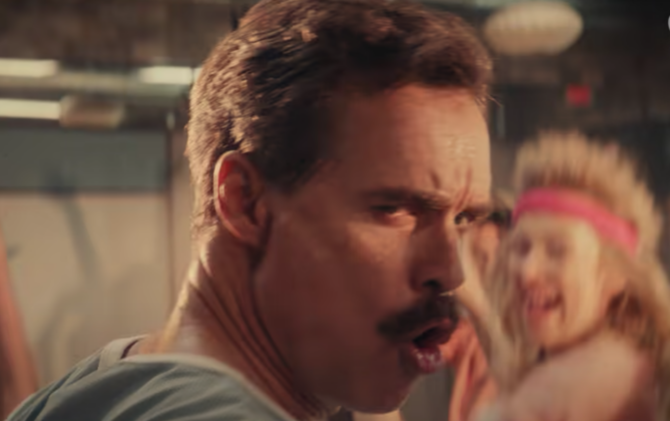 If you slept on Apple TV+’s Physical last year, it’s time to get caught up because season two is coming soon and this time, Murray Bartlett is glistening.

Season two picks up just after she’s launched her debut video, “Bodies by Sheila,” and carved a space for herself in the fitness industry. “Torn between loyalty to her husband (Rory Scovel) and the values he represents, and a dangerous attraction to someone else,” she “finds herself having to outrun some fierce new competitors on the road to building a full-fledged fitness empire.”

The White Lotus star joins the cast as Vinnie Green, a competing fitness instructor who thinks he has the late-night infomercial market cornered.

The ten-episode season will debut on Friday, June 3, with a new episode every Friday.