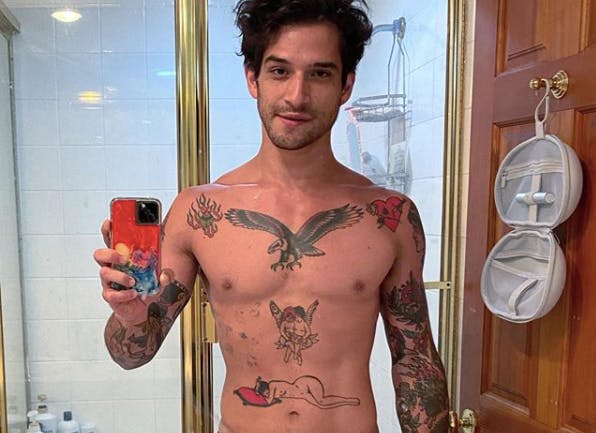 Tyler Posey has recorded a candid video offering details about his sex life, most notably that he’s “hooked up with guys.” He also revealed he’s been “fu**ed with a strap on,” just in case you were wondering.

The 29-year-old Teen Wolf star posted the video to his new (and nude) OnlyFans, which has since leaked to social media.

In it, he answers queries from fans and touches upon his encounters with men at least twice.

“I haven’t had sex with a man – we’ve blown each other, you know what I mean,” Tyler clarifies. “But never had sex. So yes, I have been with men before.”

Posey launched his OnlyFans in late September. ”You guys asked for it, and I supplied,” he told his 5.8 million Instagram followers. “I now have an only fans. Follow the link in my bio and come get wet with me! haha.”

For once, an OnlyFans celebrity actually appears to be giving their subscribers something for their money. We’re looking at you, Aaron Carter.

Tyler Posey admitted to being with a man before… pic.twitter.com/iJ2pvW2uS6

It Gets Worse
30 comments

It Gets Worse
30 comments