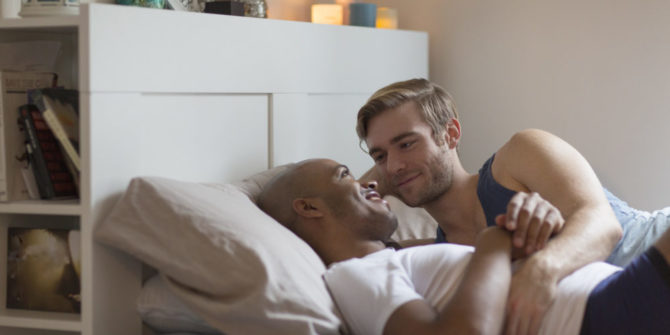 “Did we have sex last night?”

One would think that question would inspire an easy, straight-forward, yes or no response. But it turns out, it’s a little more complicated than that.

A new study published in The Journal of Sex Research seeks to find exactly what queer people consider to be sex and what they consider to be mere “physically intimate behavior.”

Related: New study reveal the “optimum number of people to have sex with” before you die

The study was conducted by the University of Utah. Researchers interviewed over 700 people over the course of two years. What they learned may surprise you.

Related: 48% of Millennials say they prefer to have sex before the first date, study finds

Just to see how malleable the definitions of sex are, researchers also measured how people’s responses changed when talking about themselves or talking about their partners and potentially cheating.

Spoiler alert: People we’re stricter with their definitions of sex when it came to their partners than they were with themselves.

So what’s the takeaway from all this? Honestly, we don’t know. Other than the fact that sex can be as simple or as complicated as you choose to make it. So happy humping! Or, um, non-humping!