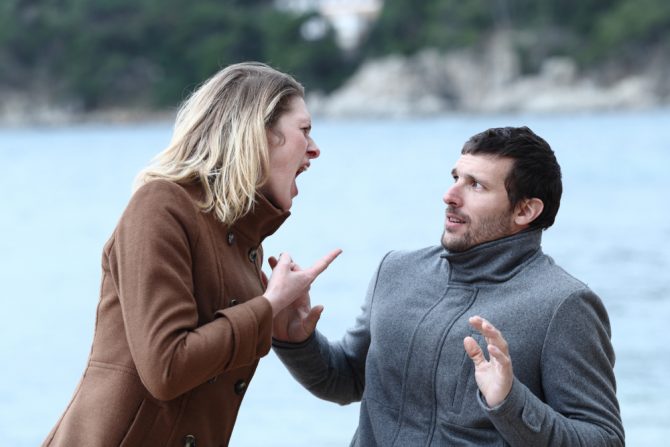 A wife recently learned her husband used to hookup with his best guy friend in college and she’s not sure what to make of it, so she’s seeking help from our favorite advice gurus Rich Juzwiak and Stoya over at Slate.

The woman begins by saying she’s been married to her husband “Matt” for a little under a year.

“We recently took a weekend trip with a group of college friends for another wedding,” she writes. “After one too many drinks, a friend began to reminisce about how Matt and his best friend ‘Will’ (who is gay) would get drunk and have regular sexual encounters.”

It was back in college, long before she and her husband met, but it still has the woman feeling some kinda way.

“Up until this point, I had absolutely no idea about this,” she says. “Everyone else in the group seemed to know except for me. In fact, another friend asked, ‘How did you not know?’ When I asked Matt about it, he confirmed and said that he can’t remember exactly when it ended.”

Now, she’s turning into a wreck.

“Do I have the right to be upset that my husband chose to keep this from his me, his wife?” she wonders. “I have told him about all of my past relationships. I always thought I could expect the same. Does he not trust me?”

But the thing that bothers her the most: “I am now wondering what else he is hiding from me and exactly ‘when’ this sexual relationship stopped, or dare I say, if it has stopped at all.”

As they delve into the issue, both Juzwiak and Stoya agree that the woman seems to be harboring biphobic beliefs, even if she doesn’t mean to.

“It can be really surprising to learn something about your partner from their friends,” Stoya says. “They had a whole life before you, and we don’t necessarily keep that at the forefront of our minds.”

Juziwak agrees, adding that it’s never a great idea to comb through your partner’s sexual history because, honestly, what’s the point? What’s done is done. Then he brings up the issue of biphobia.

“There’s so much stigma attached to gay sex,” he says. “It’s nothing to be ashamed of, and yet there’s plenty in our culture to indicate that it, in fact, is.”

“Ideally, people have no shame and are upfront about every aspect of their sexuality, but this is not always (perhaps even rarely) the case in practice.”

To which Stoya replies, “Even her reaction subtly perpetuates stigma, specifically bisexual stigma, with her “Dare I say, if it has stopped at all.” It’s giving me a throwback vibe to the late ’90s when it felt like everyone was telling people to pick a side.”

“So she might do well to think about her feelings and assumptions around homosexuality, bisexuality, and identity,” she advises.

To which Juzwiak adds, “Yes, but I don’t want to denigrate her feelings. She has a right to them whether they are logical or even toxic. Feelings are feelings.”

What do you think about this predicament? Is her husband responsible for disclosing every single person he ever slept with prior to meeting her? Share your thoughts in the comments section below…