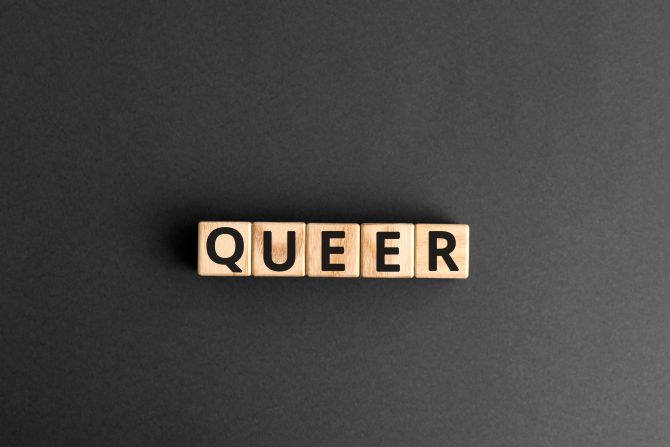 Certain website names notwithstanding, the word “queer” is polarizing. For some LGBTQ+ individuals, it’s a reclaimed badge of honor, a political statement, a declaration of attraction without binaries. For others, it’s still a homophobic slur, a weaponized word that can reopen years-old wounds.

When one Reddit user asked others what “queer” means to them, he clarified he wasn’t referring to the derogatory sense of the term. But some commenters can’t see the word any other way.

Here’s a selection of responses, edited for clarity:

“It meant I was about to get my butt beat by a homophobe. I despise that word…”

“I’m 33, and for me, it’s always meant bullying. Thankfully, I was never beaten up by someone saying it, but like the f-word, it always cut me like a knife whenever I heard it.”

“I guess it’s just all-encompassing. When I tried coming out to my brother when I was a teen, he asked, ‘You think you may be queer?’ It was the first time I heard the word used in a non-derogatory way.”

“Not straight and/or not cis”

“Queer to me means anyone who doesn’t identify as straight.”

“I don’t mind it. It’s better than being called a faggot or a fairy, but still, I don’t know.”

“Queer to me means, like, nonspecifically sexually and gender fluid, an all-encompassing term that doesn’t keep someone stuck in definite boundaries… When someone tries to use it as a slur, I genuinely don’t have a reaction to it ‘cause that’s how removed I am from its usage in that sense.”

“It means faggot to me. Not gay but faggot.”

“I feel no empowerment from it, I don’t like how it sounds, and I don’t identify with the word. Perhaps it sounds extreme, but I’m less fazed by a person referring to me by a slur about my mixed heritage than another LGBT person referring to us as queer in its modern understanding. Make of that what you will.”

“When I think of queer, my mind automatically connects to stereotypes of being overly feminine as a guy or masculine as a girl. Even though I know this isn’t entirely true, I find myself having to manually correct my brain settings every time the term is mentioned.”

“I am not queer; I’m gay. Queer is an offensive word. I dislike how academics and non-homosexuals use it all the time, when it seems that a lot of gay men aren’t down with reclaiming it. If someone describes themselves as queer, I assume they are heterosexual but want to seem interesting. Or trans.”

“Queer to me, denotes ‘peculiarity.’”

“I’ve always used ‘queer’ in the ‘take back the word’ sense. Also, I refer to myself as queer when I’m being very specific about how I label my identity. Although I identify as a gay man in a general sense, if I got very specific about what is going on inside myself. ‘Queer’ is a more accurate term, i.e. how I feel about my gender and who I’m attracted to.”

“Queer means sexual outlaw to me because in the ’70s that is what all of us were, considered by society. Except for the lesbians because they didn’t exist yet. [Sarcasm.]”